The Newfoundland is a large, strong, intelligent dog with a gentle
disposition. They are known for centuries of service to humans saving
people from drowning. One of the stories that has helped cement this
relationship was the tale of Tang, a Newfoundland that saved 92 people
from drowning in December 1919. 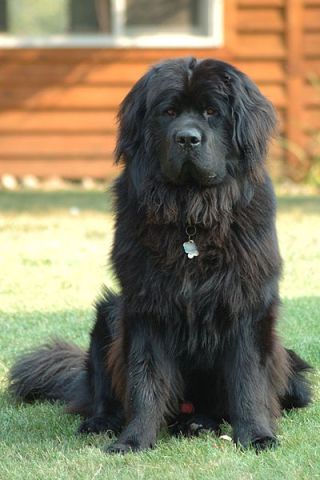 The dog breed originated in the province of Newfoundland in Canada. They have webbed feet, a tail that can act as a rudder, and fur that resists water. These features make them natural swimmers. As these traits evolved in the breed so did their love for and devotion to humans. They have a natural instinct to rescue people in need.

In 1919 a ship named the Ethie crashed among the rocks along the shore of Newfoundland, Canada during a terrible snowstorm.  With the ship listing dangerously at a steep angle, all 93 people on board were facing death. The ship was too far from the shore for the crew to be able to throw the ropes to the people waiting to help.

One able seaman jumped into the surf in an attempt to carry a line to shore but he was swept out to sea, never to be seen again. That was when the captain made the fateful decision that the ship's dog, a Newfoundland by the name of Tang, was their last best hope.

Tang took the rope in his mouth and leapt into the freezing, agitated water without a second thought. The story goes that the dog was nearly carried away by an undertow but his strength and stamina allowed him to continue his journey to shore. 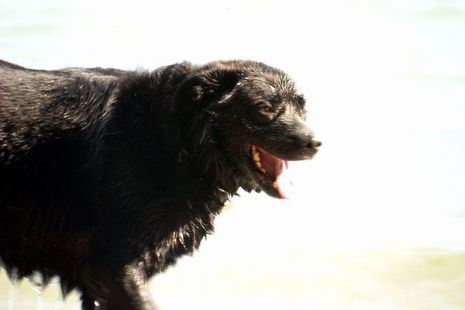 Newfoundland (photo by Rama/Creative Commons via Wikimedia)The people on the shore pulled the exhausted dog from the water and took the rope from his mouth. With the rope they were able to rescue the remaining 92 people from the sinking ship.

Lloyd's of London, the famous insurance agency, awarded Tang a medal for bravery for his miraculous deed. He wore the medal for the rest of his life.