A 54-year-old man named Mario had one last wish in life as he faces the end with terminal cancer. He wanted one more trip to the Diergaarde Blijdorp
zoo in Rotterdam, Netherlands, to say goodbye to all of his friends there. He had spent most of his life there cleaning up the giraffe
enclosure. He wanted to see the gentle animals he knew so well one last
time. 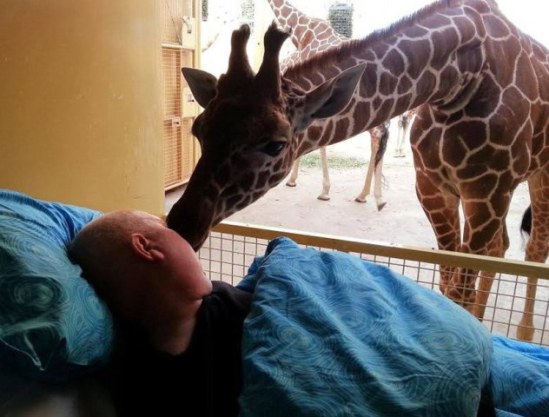 Mario Receiving a Kiss from a Giraffe (You Tube Image)

Mario's wish was fulfilled by an organization called the Ambulance Wish Foundation. The charity works to provide wishes to terminally ill people who are no longer mobile. For Mario, who is mentally disabled, it was time with the giraffes that still called to him. 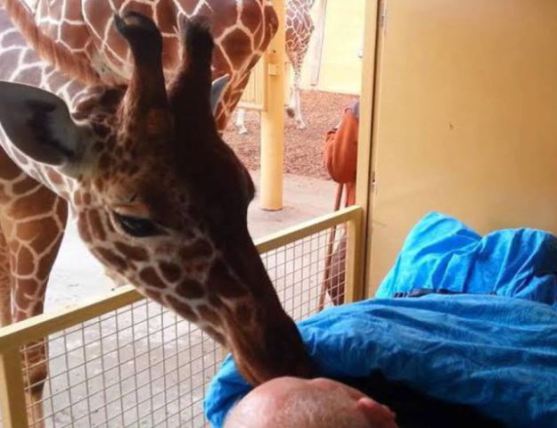 Mario Receiving a Kiss from a Giraffe (You Tube Image)

He was loaded onto a portable bed and taken to the zoo where they placed him next to a window that opened on to the giraffe enclosure. The animals recognized him and one gracefully moved over to give him a loving nuzzle and a kiss. Mario beamed with love over "his" animals. The scene was both touching and heartbreaking to those who witnessed it. Kees Veldboer, founder of the Ambulance Wish Foundation, said that the animals recognized Mario and seemed to sense that things weren't going well for him.

Mario also had a chance to say a final farewell to his coworkers at the zoo before departing.

Rademenes: The Cat Nurse of Poland