While the world's most popular virtual pets "Angry Birds" soar in popularity and Zynga's "Farmville" is somewhat of a nostalgic icon of the last decade, do they hold enough of the world's zeitgeist to transition into entertainment vehicles? Apparently, according to recent reports, they're both going to give it a try!

Gaming enterprise Rovio announced on February 26, that Angry Birds Toons will debut on their website March 16/17. In an all-new animated series, Angry Birds will "throw the doors to Piggy Island wide open!" It will answer all those burning questions that social gamers have been asking for years, like: "What makes Bomb Bird so angry? Why is the King Pig the King Pig? And are those mischievous piggies ever going to get hold of the eggs?"

In addition to the cartoon, the company has also said that an Angry Birds movie is in the works, which is expected to debut in the middle of 2016. No surprise, the film will be a 3D CGI-animated production. As testimony to its popularity, since its debut in 2009, the Angry Birds game has been downloaded more than 1 billion times across platforms and versions. The most recent venture, Angry Birds Star Wars, soared to the top of the US iPhone charts within 2.5 hours of release.

It's unclear what devices, apps, and sites will eventually air Angry Birds Toons. But it's been said that there will be 52 episodes that will each last about three minutes and be available on a variety of devices. For the March 16/17 premiere, the cartoon will definitely be aired on the show's website. 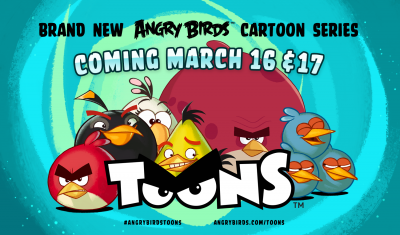 Mark Pincus
Gaming titan Mark Pincus, CEO of Zynga, on the other hand, while a leader in social game networking due to his strategic partnerships with Facebook has experienced a downturn in profitability over the last few years. With games like Farmville and Mafia Wars, he was satirized in the 2010 graphic novel, "Facebucks & Dumb F*cks" as the automatiion of "time-wasting." 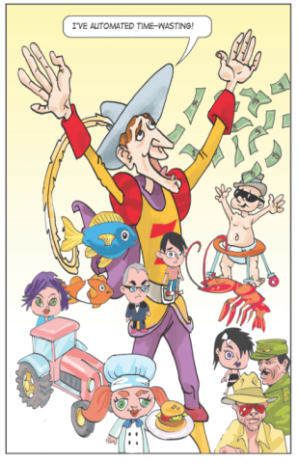 Nonetheless, it appears Zynga is also getting into the entertainment business. It's been announced that Pincus is currently working with Director Brett Ratner of "Prison Break" fame, to turn Farmville into a half-hour animated television series. Which begs the question noted by Dara Kerr from CNET: "Growing corn, tending chickens, and amassing a fortune of golden coins can be fun as a social media game, but how about watching a TV show about it?"

"Farmville is one of the most exciting brands out there today and its cross-platform opportunities are endless," Ratner said in a statement. "I am thrilled to be expanding the brand with existing fans and also engaging a whole new audience."

While I think Angry Birds still has the momentum and will do very well in webisodes and potentially even a movie (except who knows if it will still be popular in 2016?), it's kind of doubtful in my mind that Farmville has a shot in finding success on the small screen?

But if either franchise does succeed, one would have to ask if some of our other virtual pets, such as the Gecko from Geico or even the Duck from Aflac have a shot at becoming TV and Motion Picture stars as well?  See you at the movies, pet fans! 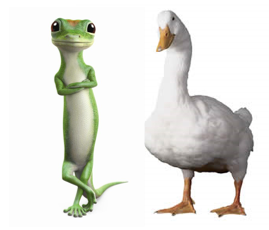 Top Dogs: K-9 & Marine Find Purpose On Battlefield
Talk Show Host vs. Lizard. We Know Who Wins in the Animal Video of the Day!!!
Comments