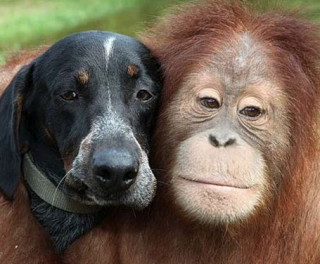 TV commercials are a rare art form that eludes some big brands. While a company liked Geico has been consistent in developing fresh and innovative ads, Google more than often misses the mark when trying to capture our imagination.

However, there is one of recent date that’s definitely noteworthy. But it may have been one you missed. Why? Because for some reason Google has chosen to air this version only on YouTube. Titled, ‘Android,: Friends Furever,’ the one-minute vid promotes Google’s “Be Together. Not the Same,” brand messaging. And it does so without even mentioning Android until the very end ~ giving viewers a satisfying viewing experience.

The import is to show if unlikely pairings of furry creatures can get along, why can’t we all. It’s definitely a ‘feel-good piece’ that brings a smile to your face - but whether or not consumers will be able to connect the dots and be prompted to purchase Androids is yet to be see?

According to a Fortune.com post, the writer Philip Elmer-DeWitt also questions the campaign: “(even though) brand advertising doesn’t get much cuter than this - what is Google trying to tell you?”

The compilation of unique animal BFFs — puppy and kitten, hippo and tortoise, lion and oryx has attracted more than 6 million page views as of this posting - but out of that number what's translating into sales?

DeWitt goes on further to note that the video production was not cheap. Produced by Droga5, Adweek’s 2014 Agency of the Year. The firm has a staff of 300+, an office on Wall Street and annual revenues of $78 million. It’s Elmer-DeWitt’s speculation that Goggle may be “fattening Android up before he spins it off.” 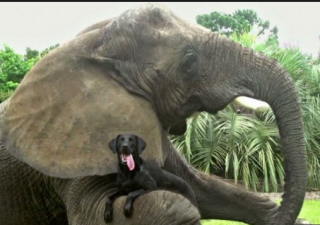 At first blush, it might appear Google is attempting to promote Android’s togetherness - but again, why? Other critics note the campaign is a dig at Apple and the iPhones' sameness. Apple takes pride being the only company to make iOS devices. Dissimilar, Google’s Android are modified, skinned and redesigned by several OEMs like Samsung, HTC, LG, Xiaomi MIUI, CyanogenMod, LG Optimus UI and hundreds of others – something which has resulted into what is referred to as, ‘fragmentation.’

Their critique of Apple goes to all iOS devices looking and feeling (boringly) alike ~ while Google supplies you with a myriad number of choices.

Could it be simply that Google is falling behind sales-wise? According to Technology Personalized, Apple sold more iPhones than all of the Android OEMs put together over the holidays pushing Apple to the top of the fourth quarter, 2014 sales charts. And as a major hit for Google, this is the first time Apple has beaten Android since 2012.

In any event, what Google did achieve with ‘Friends Furever’ is somewhat remarkable. While we’ve been told 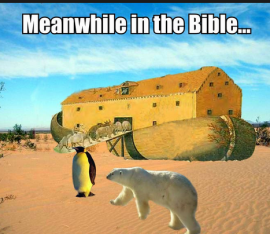 you can’t bottle cuteness, I would have to say, the Google marketing team has come fairly close to disputing that old adage!

PetsLady's Pick: Funny Flooded Horse And Rider Of The Day