While most Americans should know that there are 50 state birds, and PetsLady readers are sure to recognize the three state crustaceans of America, did you know about the seven state dinosaurs? Starting in 1982, the United States of America began to adopt the most patriotic prehistoric species to represent the states that celebrate the dinosaurs unearthed from their respective native soils.

Hardly a dinosaur, and representing a non-state, all that we know about “Capitalsaurus” comes from a single fossilized vertebra discovered in 1898 by sewer workers. It became the district’s official “dinosaur” 100 years later in 1998.  Well, there’s another chunk of weird U.S. history for ya! 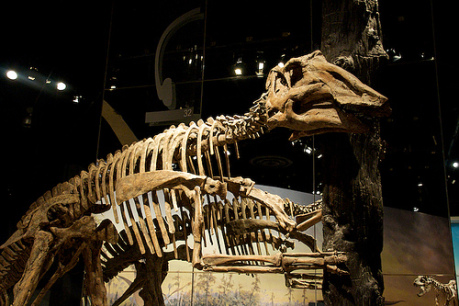 Technically, Missouri’s state duck-billed dinosaur is the “Hypsibema missouriensis,” and New Jersey’s is the “Hadrosaurus foulkii.” Inducted into the hall of state dinosaurs in 2004 and 1991 respectively, hadrosaurus fossils were first discovered in New Jersey in 1838, and Hypsibema was dug up in Missouri in 1942. These large bipedal herbivores thrived all across North America, but these two states are proud to share that they recovered America’s hadrosaurs first. 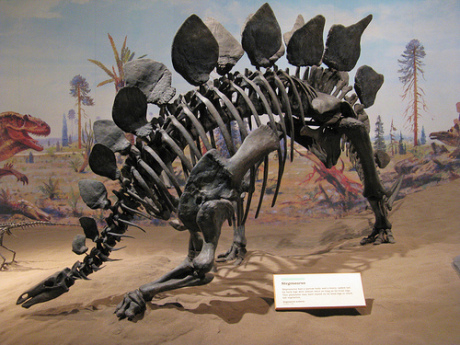 The original state dinosaur, stegosaurus is the representative of the nation’s ultimate dinosaur fossil hotspot. This iconic bus-sized dinosaur is known for its small head, the rows of plats on its back and the giant reptile’s four dangerous tail spikes. Colorado’s appreciation for their local dinosaurs doesn’t stop with the stegosaurus’s coronation as state dino, as there is a small town named “Dinosaur” located in the north-west corner of the Centennial State. 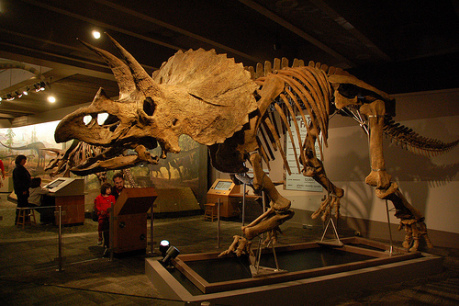 If it’s stereotypical to claim that everything’s bigger in Texas, then choosing Sauroposeidon as the state dinosaur isn’t going to change that notion. A large segment of the sauropod’s (long-necked dinosaur) neck was found near the Oklahoma/Texas border in 1994. Once scientists realized what the bone sections meant in relation to the size of the complete creature, the newly named Sauroposeidon became one of the largest dinosaurs to ever roam the earth. Texas legislature revoked Pleurocoelus, the 50-foot-long beast, as the state dinosaur for Sauroposeidon in 2009 after the new dinosaur on the block was estimated to be around 112 feet long! 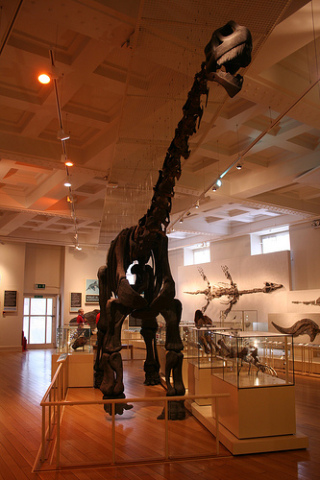 Although Astrodon isn’t as massive as Sauroposeidon, Maryland’s favorite sauropod joined the nation’s favorite dinosaurs in 1998. The second dinosaur to be discovered in America was initially identified by a few teeth. Since that important discovery, additional Astrodon leg and back bones were uncovered, which gave scientists a better idea of the animal’s build. Astrodon is assumed to stretch about 50 to 60 feet long, and up to 30 feet tall.

Is your home state celebrating its favorite dinosaurs? If your state isn’t cool enough to have an official dinosaur representative, which species would you recommend? Let us know in the comments!