If you have never seen Patches the horse, then it is about time you did.
Patches was an incredible horse with a penchant for hanging out with
his owners, Robert and Herbert Thompson, and always seemed to want to go
wherever they went. So they decided to take the horse up on that. They
even had a car remodeled so that Patches could ride along with them. 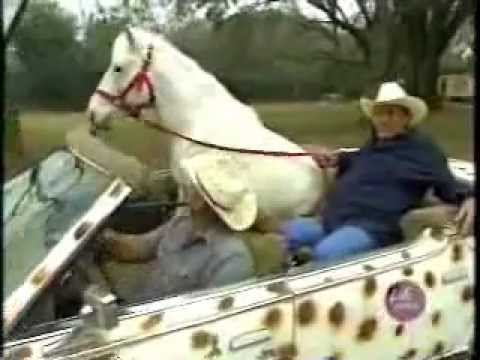 Patches Enjoying a Ride in the Car (You Tube Image)

Like so many successful animal trainers, Herbert started training Patches by noticing what his natural tendencies and movements were. He noticed that whenever they got in the car to go somewhere Patches looked like he wanted to go along. Thus they remodeled a car and started taking Patches along for the ride. No, when it's time to go into town, he "just hops into the car" and away they go. 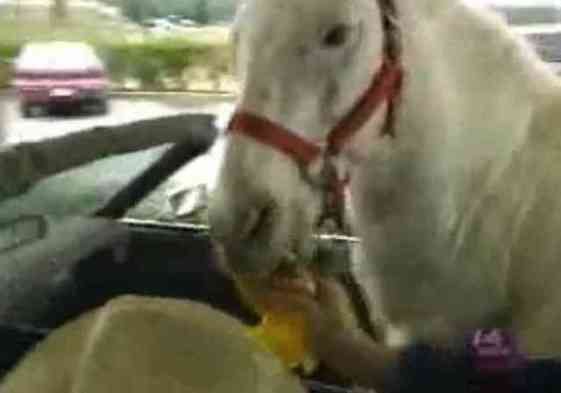 Patches Gets a Cheeseburger (You Tube Image)

And where, pray tell, does one go with a horse in the car? Some time on the open road is good so that Patches can enjoy the breeze in his mane and watch the scenery as it goes by. Then a stop at the burger drive-through. so that Patches could enjoy a cheeseburger -- up to five at a time. Odd for a horse to eat meat, but who knows, perhaps it was his way of demonstrating his superiority over cows. He also enjoys the apple juice, but he doesn't care for a Coke. I'm guessing he wouldn't say no to an order of apple slices either.. 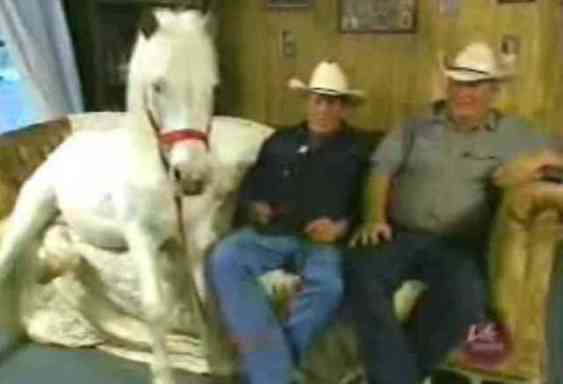 Patches Watches Television with Herbert and Robert (You Tube Image)

Going for a drive isn't the only way Patches has become a part of the Thompson family. He also hangs out in the house, takes a seat on the couch to watch television (he reportedly likes westerns), he'll fetch Herbert a beer from the fridge, and even answer the phone. 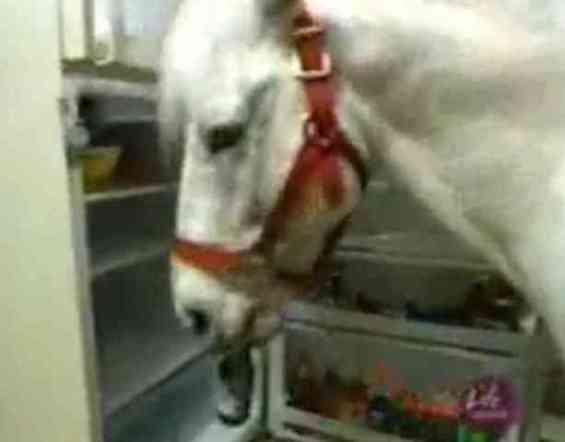 Patches Fetches a Brew for Herbert (You Tube Image)

When he's tired, Patches will amble on into the bedroom, lie down on the bed, and help pull the covers up over himself. 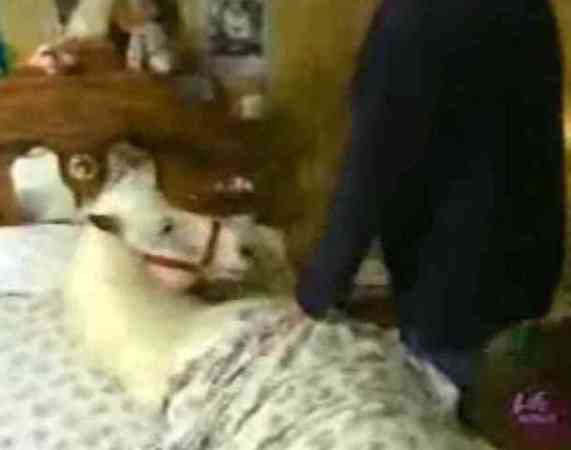 Sadly, in 2009, Patches passed away at the age of 24. He lived his entire life on the Thompson farm in Northern Florida. Before he passed, he did sire a son that the Thompson's named Chip. It is assumed that this is because he was a "chip off the old block." If Chip has learned his father's tricks to be a part of the Thompson family it hasn't turned up on the internet that I could find. If you know of something I didn't find, please let us know!

As comedian Jeff Foxworthy might say -- if you take your horse to a drive-in so he can have a cheeseburger, you might be a redneck. And he would probably be right.