Alligator Gets New Lease On Life With Prosthetic Tail – A Feel Good Story!

Poor ‘ol Mr. Stubbs lost his tail to another alligator’s savage attack around 2005, and had to doggy paddle his way around the pool ever since. That is, until the Phoenix Herpetological Society created a brand new realistic tail for the 11 year old gator!

Mr. Stubbs was first discovered by police along with 31 other alligators in an illegal reptile smuggling operation and was delivered to the PHS for the special care that the disabled gator needed. Since an alligator relies on its strong, muscular tail to propel itself through the water, the tailless Mr. Stubbs had to awkwardly thrash his way across the surface using his front legs to keep afloat. 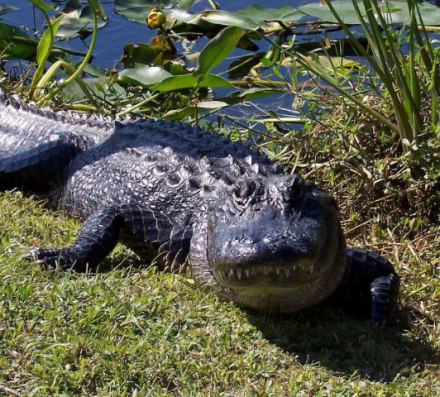 Remember the movie “Dolphin Tale”? It starred a dolphin was fitted with a prosthetic tail after losing hers in a crab trap, which was based on a true story. The movie was an inspiration for a team of herpetologists who took it upon themselves to reconstruct Mr. Stubbs’ tail so that he could live a normal alligator’s life.

Since building an accurate prosthetic replica of an alligator’s tail has never been tried before, there was a bit of trail an error involved in the device’s development. For example, one of the prototype tails took on water and brought Stubbs down with it. Although the 7 foot long Mr. Stubbs will certainly grow out of his current tail, his 3 foot long rubber tail is working out just fine for him at the moment. Just watch the video below and see for yourself!

Aww! You know that’s adorable! Don’t you just want to give Mr. Stubbs a hug? (With his mouth taped shut) Remember to share your ooh’s and ahh’s over Stubbs in the comments below!

This Horse Is Crocodile Rockin'!

Multilingual Parrot Has Gift Of Gab In Three Languages
Comments