All Cats Love A Touch Of The Nip!

Anyone who has ever had a cat has run into the feline love of catnip. We
buy catnip toys by the ton for our little 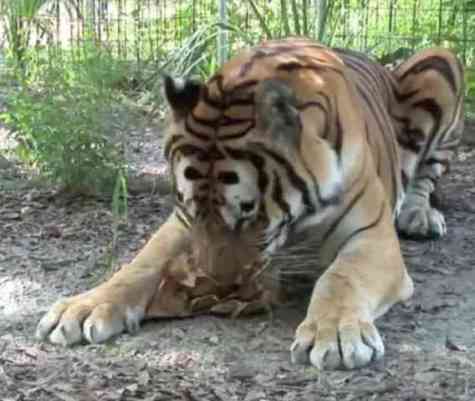 Tiger Enjoying Catnip (You Tube Image) household kitties and they
love getting high and rolling around with it. Just like humans and
alcohol, some get really mellow and others get mean. But what happens
when you give big cats a touch of the nip?

It turns out that kitties will be kitties whatever their size, wild or domestic. Just like their diminutive domestic cousins, the big cats go through the same four behaviors when they imbibe: 1) sniffing; 2) licking or chewing, often with the head shaking; 3) rubbing with the cheeks and chin; and 4) rolling belly-up. 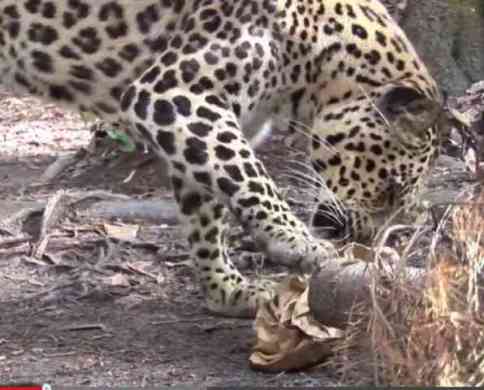 Leopard Getting High (You Tube Image)Catnip is a perennial herb in the mint family. It also goes by the name catswort or catmint. It is native to Europe and areas of Asia. It has become widely naturalized in many areas. Where I live it is an aggressive weed. My neighbor, an herbalist, lets it grow in her garden. In early spring I have seen my cat sitting in the area of her garden where it grows wild. She was staring at the ground willing it to grow.

About one-thirds of all domestic felines have no reaction to catnip at all. Some have just partial responses. These responses appear to be hereditary.

Big Cat Rescue, a non-profit organization in Florida decided to check out the effects of catnip on some of their residents and filmed their responses:

There is something heart-warming about watching a cat that could rip you to shreds acting just like your little tabby rolling on the living room floor.

The affects only last up to 15 minutes. At that point their olfactory senses become overwhelmed by the experience. This is that same for both wild and domestic cats. 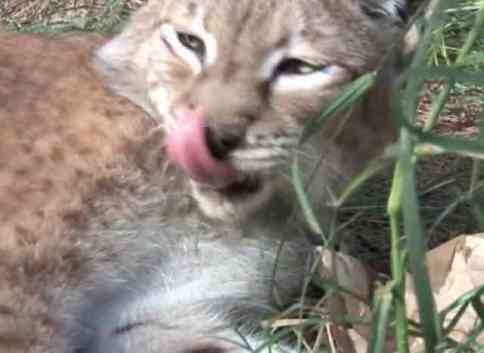 Domestic cats also get a kick out of the herb Valerian because it has some of the same chemical qualities.

What I haven't been able to discover is why my cat also goes crazy for wintergreen (birch) essential oil. Since it is toxic I keep it safely in a drawer she cannot open.

So, do big cats also purr? Some do, some don'. The bigger they are the less likely they are to purr.

Cats
Cute
Funny
News Stories
PetsLady's Pick: Funny Animal Of The Day
How to Confuse a Cat... Sort of... The Perplexing Animal Video of the Day!!!

Roadkill Cat By Shintaro Kago Is One Flattened Faux Feline