All Babies Need A Teddy Bear -- Even Horses

Pretty much everyone knows how important it is to have a plush friend
like a teddy bear when you are little. It is someone to hold on to in
the dark of night when no one else is around. It is a great source of
comfort to the soul. Apparently this is true for horses as well as
humans according to a foal named Breeze. 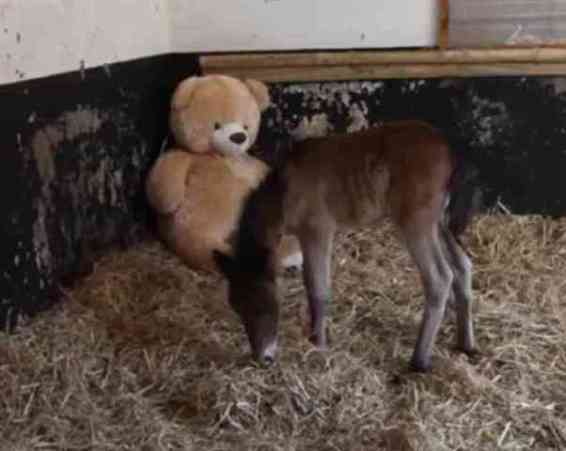 Breeze and Button -- the beginning of a beautiful friendship. (You Tube Image)

Just a few days after his birth, Breeze was found by a farmer in Devon County, England. The little foal was wandering in a state of shock and dehydration. His mother was nowhere to be found. He had been seen trying to suckle from a number of mares, but apparently without success. 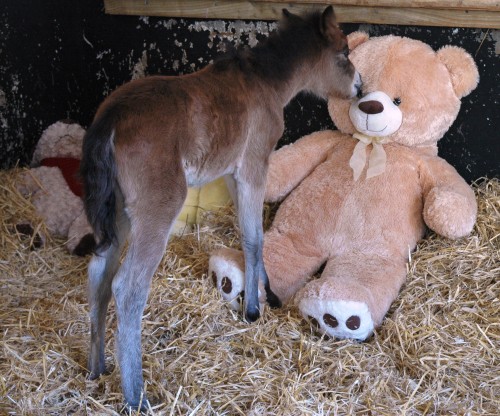 Breeze give Button a kiss. (Image via Mare and Foal Sactuary)

Breeze was rescued by the Mare and Foal Sanctuary and has been receiving the best human care available, but he needed just a little bit more. The Sanctuary put out an appeal on their website asking for the donation of teddy bears to keep the baby horse company. They normally keep a supply of bears for just such a situation, but the most recent orphaned foal not long before Breeze's arrival had depleted their stock. The public was more than generous and the Sanctuary now has enough teddy bears for at least a couple more orphaned foals. 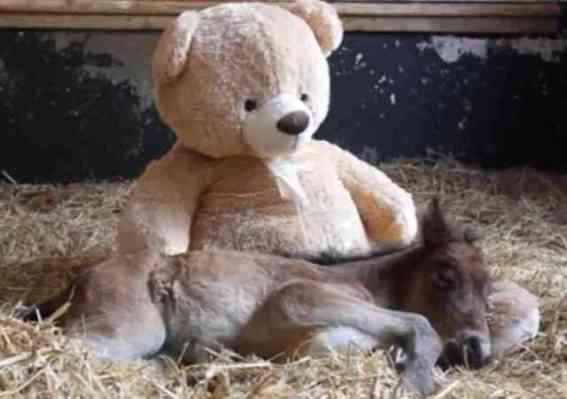 While having humans keeping an eye on him around the clock is not the save as having his mummy, but a teddy bear to cuddle is making life a little more "bearable" for Breeze. He has obviously taken to the friendship with an enthusiasm that mirrors that of human children.

A great big teddy bear named buttons has become Breeze's "snuggle buddy" to help him get through those lonely nights when he should have a warm mother and reassuring nicker.

Nevertheless, Breeze seems to be improving and could be said to be in "stable" condition.

PetsLady's Pick: Amazing Elephants On Parade Of The Day