Nothing will put a damper on a tourist’s summertime dip than having a school of feisty palometa fish biting off your toes! Gez- It’s like an animal attack movie come to life… 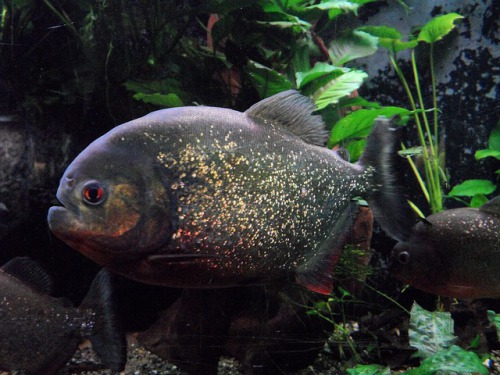 Over the holiday season, thousands of locals and tourists hit the Parana riverside beaches of Rosario, Argentina to cool off in the summer heat, but several schools of palometa piranha fish ruined what would otherwise have been a fun and festive vacation spot. Palometas are a bigger silvery cousin to the iconic red piranha that we know and loathe, and although they aren’t as well-known as their crimson counterparts, they were just as voracious and bloodthirsty.

Over 70 people were bitten by the toothy fish, leaving injuries that included nasty bites taken out of the flesh of unlucky bathers, as well as the loss of several fingers and toes. While it’s not uncommon to see the occasional piranha bite in tropical South American waters, it is extremely concerning to see a swarm of concentrated attacks in one location during such a short time. Officials think that the warmer beachside waters were attractive to the vicious piranhas, thankfully there was a rainstorm during the night of the attacks, which cooled the area’s water by ten degrees and scattered the carnivorous fish.

Ready to top this off with some good news/bad news? The good news is that the city of Rosario closed their beaches to the public after the rash of piranha attacks. Apparently risking a toe to a hungry fish to cool off is worth it, because many people headed back into the water within a half hour of the beach’s closure! I’ll take my chances with an ice cream bar in the shade, thanks!