Spring is here and the news is great for zoos.  Not only is it a
great season for visiting zoos, but you're likely to see a lot of
new cubs of one species or another at this time of year.  Here are three
of the rarer species born in U.S. Zoos the last month; jaguars, and two endangered species - Asian wild dogs, and a Sichuan takin. 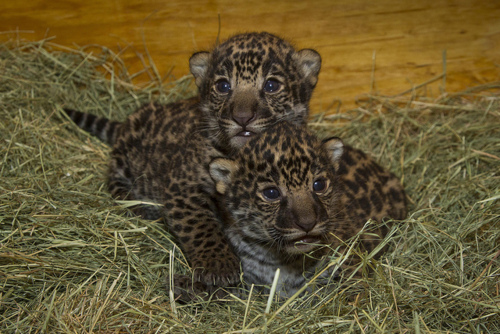 They're
only about 3 weeks old now and won't be ready for the public for a few
months, says the San Diego Zoo, but you can see these adorable pups now
on video.  A brother and sister, each weighs only 5 pounds right now,
but they'll grow to be anywhere from 70 to 240 pounds; after all,
jaguars are the largest member of the cat family in the Western
World.

San Diego Zoo is celebrating its first jaguar births in 30 years! (via) 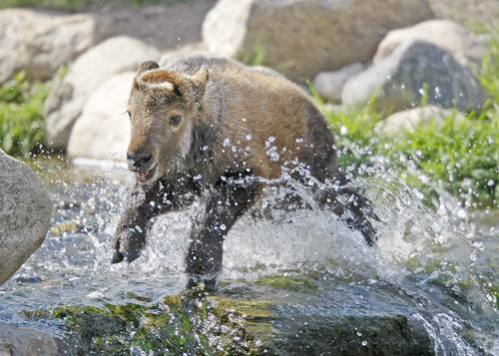 The Sichuan takin, referred to as a 'goat-antelope,' is native to Tibet and China but it is considered an endangered species because of the destruction of its habitat, and special efforts are taking place in zoos around the world, to breed the animal, much like the efforts made for the Panda bear.

The male kid born at the Red River Zoo was a very lucky birth, as his parents were quite old to breed in captivity.  His mother, Luan, on loan from the San Diego Zoo, is 11 years old, and his father, Lailin, passed away recently as the oldest recorded Sichuan in captivity - he was 14 years old. (via) 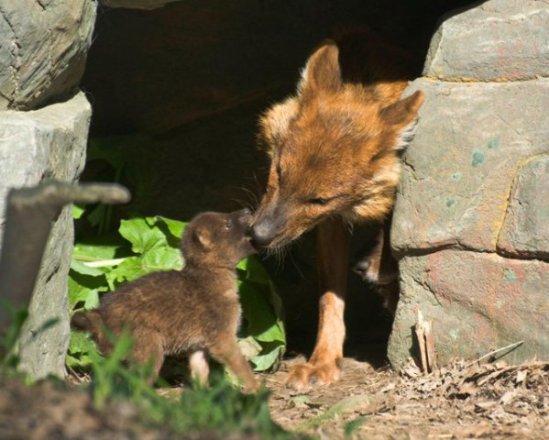 Another endangered species from the east, the Asian wild dog, known as the Dhole, comes from various habitats in Thailand, Russia, China and India.  It is estimated that only 2,500 dholes exist in the wild.

The Minnesota Zoo is lucky to have had two litters of dholes from their two female dholes and the mothers are sharing care-taking responsibilities for the estimated four pups, now 5-week old cubs.  Though the exhibit is open now, the cubs haven't quite gotten over their shyness, so they are spending most of their time in their dens. But soon.... (via)

Meet Bear: A Very Special Rescue Dog
A Horse And His Actor
Give Easter Eggs Filled With Tiny Animal Puppets
Abigail The Pit Bull: From Bait Dog To Teacher and Hero
Comments