From hideous sweaters to fossilized fruitcake, some holiday gifts just don't “present” themselves very well. Unfortunately, pets and their owners aren't immune from the best intentions of misguided gift-givers. In fact, these 12 stupid gifts for dogs & cats are only good for one thing – re-gifting – though those considering it should do so at their own peril. 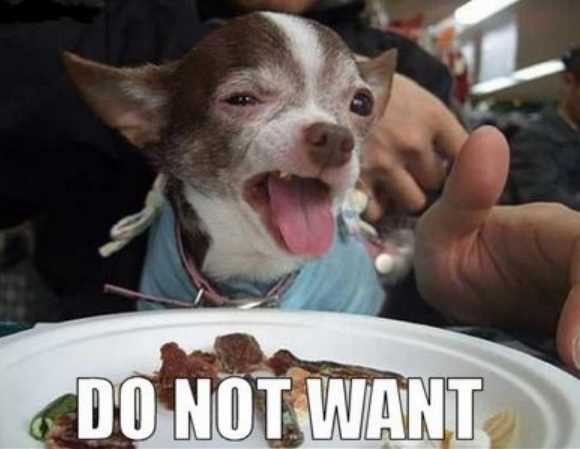 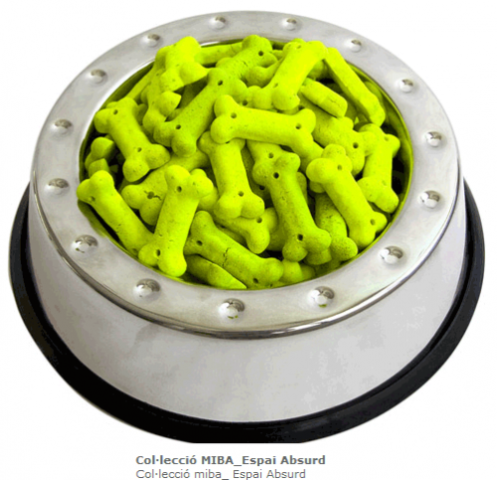 Because dog poop isn't unsightly and obtrusive enough as it is, Barcelona's Museum of Ideas and Inventions (MIBA) has come up with fluorescent dog food and puppy snacks that glow green... from start to finish. Instilling the excreta with the scent of wine and roses is the obvious next step but in the meantime it's easier to watch where you step. (Stupid Pet Gift image via Sudinfo.be) 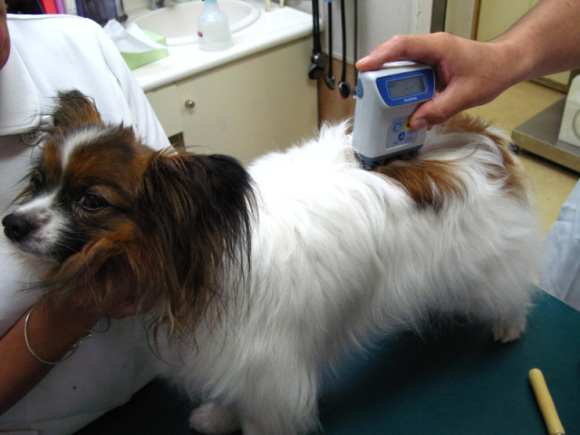 Obesity is not only a silent killer, it can be an invisible one as well: even average-looking dogs can carry an unhealthy level of body fat. The four-pronged Healthlab digital body fat scale allows veterinarians to discern their pet's precise body fat percentage in mere seconds. Of course, if you really care about your dog's health (not to mention your own), you'll allow it plenty of exercise and quit feeding it junk food. (Stupid Pet Gift image via Impress Watch) 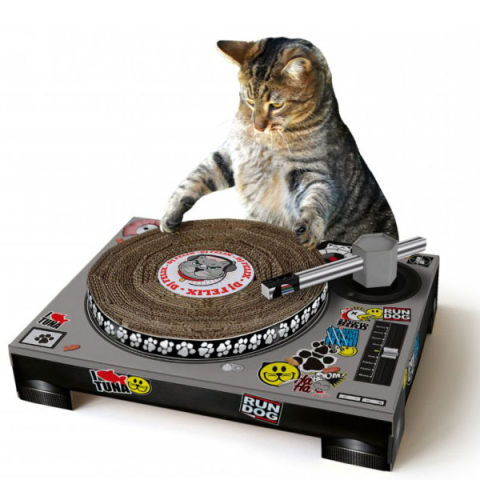 Catch a case of cat scratch fever with the Cat Scratching DJ Deck! Combining a circular scratching pad with a faux DJ turntable setup, this cool claw-sharpening station will make you smile while saving your furniture. No word if gift-rapping is available. (Stupid Pet Gift image via Amazon.com, get your very own Cat Scratching DJ Deck here) 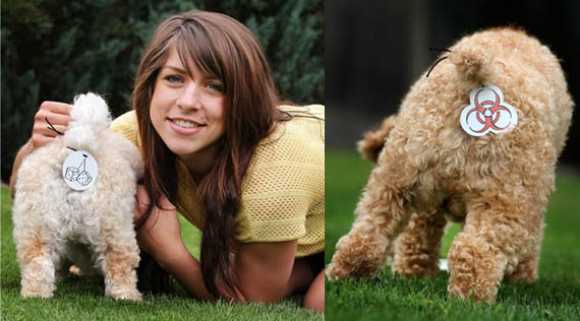 Bad enough that we have to pick up our dogs' poop, their busy back doors are in full view 24-7... the horror! Thank goodness someone came up with Rear Gear Butt Covers, available in a variety of cute designs including the biohazard symbol and fuzzy dice... no love for Truck Nutz? (Stupid Pet Gift image via Incredible Things) 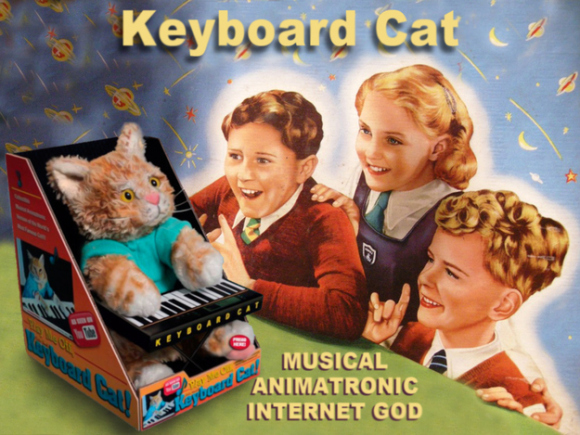 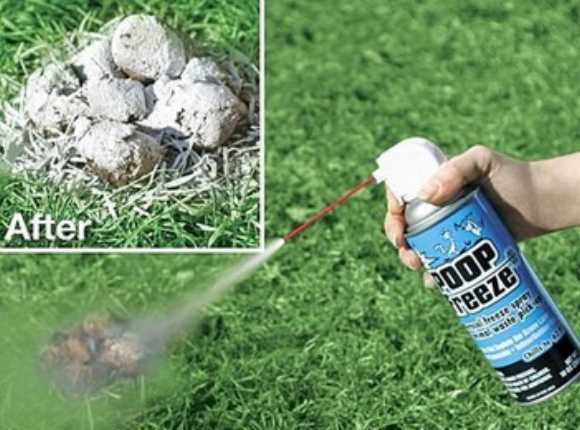 Picking up dog poop is a good thing, assuming of course the poop belongs to your dog. It's not easy being the pet-owning equivalent of the guy at the end of the circus parade, however, and “problematic” poop makes a dirty job that much harder. The solution, thanks to Poop Freeze aerosol spray, is to make the poop harder. (Stupid Pet Gift image via Treehugger, get your very own can of Poop Freeze here) 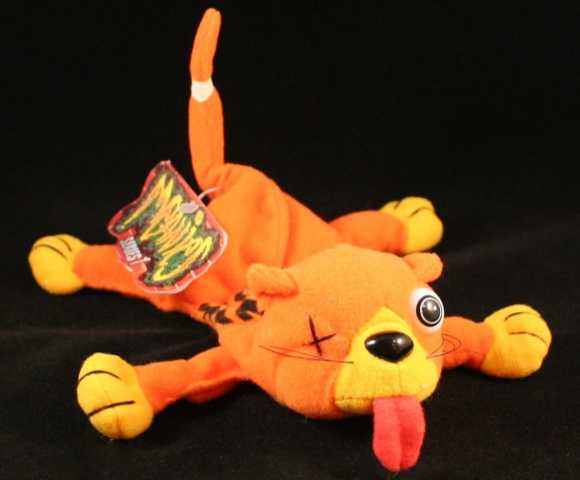 Splat the Roadkill Cat is a bean bag plush toy from The Idea Factory, where the ideas of late are scraping the bottom of the creative barrel. We're not sure who would appreciate receiving this automotively challenged ex-kitty as a gift... besides dogs, that is. (Stupid Pet Gift image via Amazon.com, get your very own Splat the Roadkill Cat here) 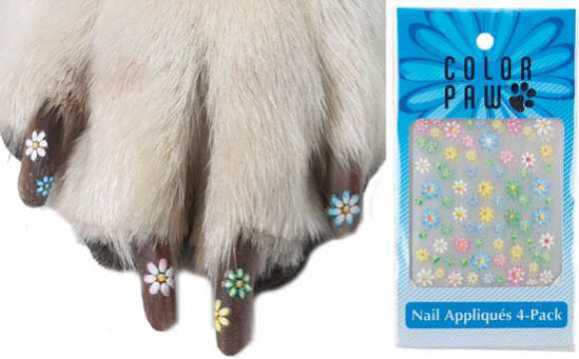 We could ask “what's the world coming to?” but having watched Here Comes Honey Boo-Boo it seems we're already there. If you're a pet-owner who allows, even encourages your pre-teen to get tattoos and body piercings, then Color Paw Nail Appliques are the next illogical step. (Stupid Pet Gift image via The Northern Star) 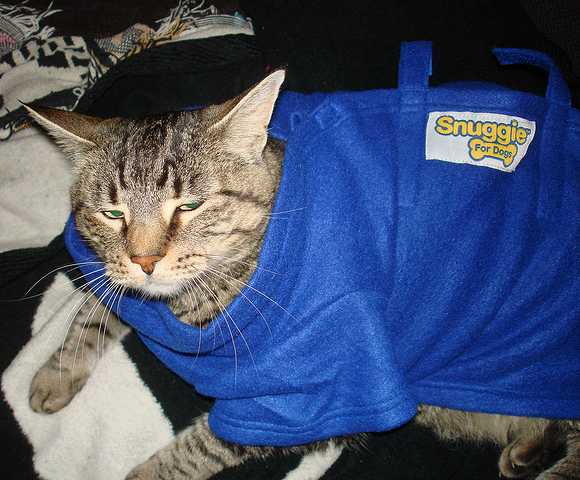 Remember the Snuggie™, star of late-night infomercials and chief contributor to the lazificaton of America? The Snuggie™ people remember too, and they're not going away quietly. Introducing Snuggie™ for Dogs, though unless your pooch is a Mexican Hairless or Chinese Crested it's doubtful they'll need one. Why no Snuggie™ for Cats? Because cats have a low tolerance for ridiculousness, that's why. (Stupid Pet Gift image via Fuzzy Gerdes, get your very own Snuggie™ for Pets here) 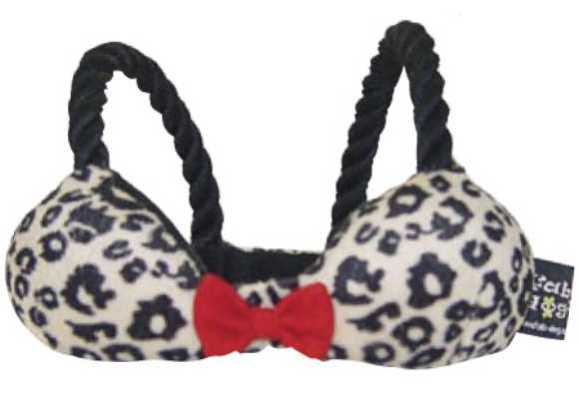 Tired of your dog dragging your intimate apparel out of the laundry hamper and chewing on them in front of guests? Aren't we all? A little bait & switch is what's called for here, and the Leopard Bra Dog Chew Toy is both the bait and the switch. Your guests will still be a little uncomfortable but at least you won't be. (Available from Amazon here) 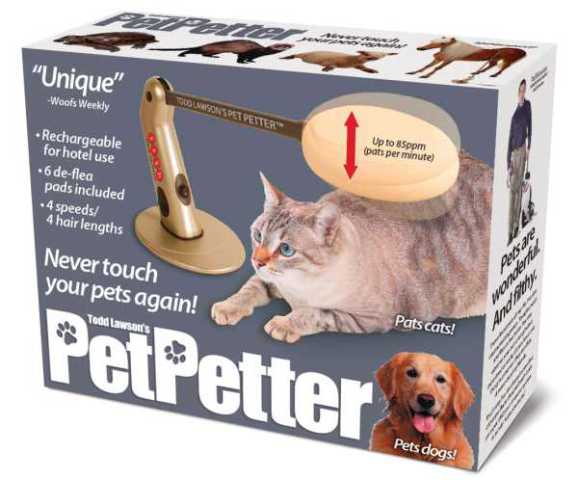 Sometimes the best gift is the box it came in, which isn't really saying anything good about the gift-giver but hey, good boxes are hard to find these days. Todd Lawson takes the concept to a new level with his “Pet Petter” box. Just when you think you and your pet are going to get the Worst. Gift. Ever. comes the realization that it's just a gag box. Anything inside has GOT to be an upgrade. (Stupid Pet Gift image via The Presurfer)

Just because pets can't voice their displeasure with your well-meaning gifts doesn't mean they can't stand them: the internet abounds with pet pics captioned “Do Not Want”. In gift-givers' defense, pets are tough customers when it comes to gifts and odds are they'll enjoy the box and wrapping much more than whatever's inside. The best gift of all just might be a small dedicated donation to your local animal shelter – there's never anything dumb about that. (Stupid Pet Gift images via Fluxionesque, top, and Pete Markham, above)