Happy 100th Birthday, Cassius! As the world’s largest saltwater crocodile in captivity, this mammoth reptile truly deserves to have his cake and eat it too! 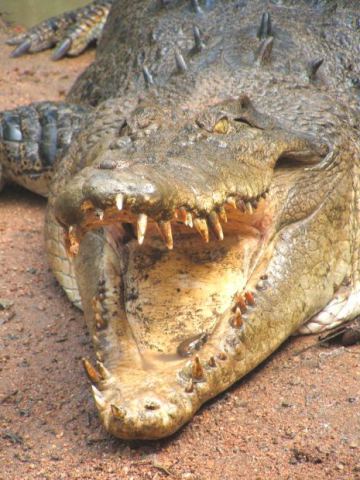 Cassius has been living at Marineland Melanesia, Green Island, Australia since 1987 when he was captured in the Northern Territory after terrorizing local boaters. After spending 25 years at the zoo, the 17ft 11in long saltwater crocodile celebrated his 110th birthday as the official world record holder at the largest living crocodile on the planet. He had originally claimed that title in 2011, but was temporarily downgraded to the world’s second largest crocodile after the discovery of Lolong in the Philippines. After Lolong died earlier this year, Cassius reclaimed his rightful title as king of the crocodiles. 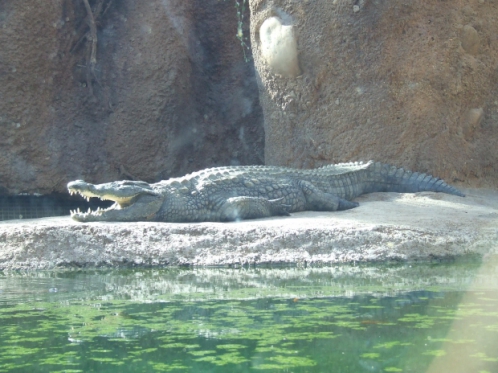 The highlight of his birthday party was a cake weighing 20kg and made entirely of raw chicken and beef, with a trio of candles on top. Cassius appreciated all of the love, care and meat that went into creating his special birthday treat, even if the entire creation was devoured in less than half a minute! 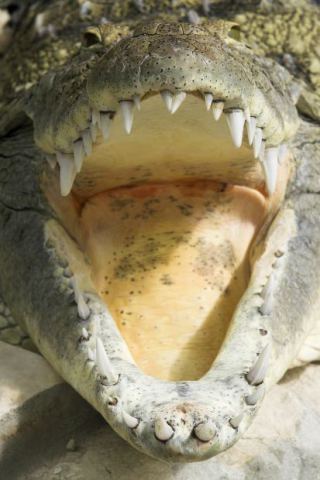 Saltwater crocodiles are naturally the largest living crocodilian species, and they are native to northern Australia, eastern India and Southeastern Asia. These amphibious reptiles are so large and powerful, they are able to hunt and devour pretty much any potential prey that they can get their jaws around. Water buffalo, wild boar, monkeys, deer, emu, antelope and many other species regularly end up on the menu of a saltwater crocodile.

Let A Dragon Be Your Guide: Dragon Ear Wrap
Saber-Toothed Cat Unleashed in Park! The Animal Video of the Day!!!
Alligator Goes To College, Doesn’t Get Past Parking Lot!

In Your Home Or Garden There Be Dragons
Comments