Japanese police are “raven” after solving a mysterious case of auto vandalism in which up to 40 cars had the rubber stripped from their windshield wipers. No arrests will be made, however, as the perps turned out to be clever and resourceful neighborhood crows. 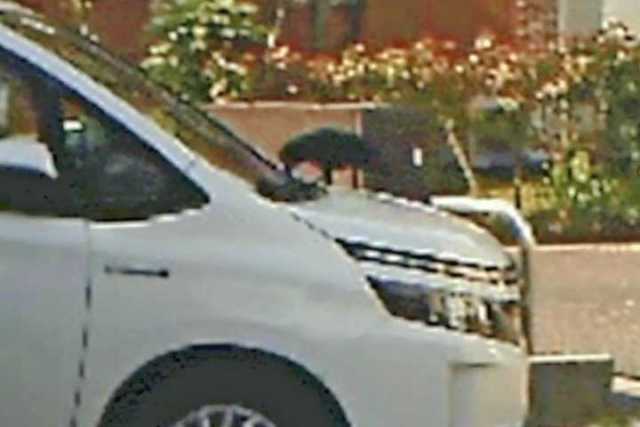 Police in Higashi-Izumo, a suburb of the city of Matsue in western Japan's Shimane prefecture, began receiving reports of vandalism as far back as February of 2015. Although the damage was confined to vehicles parked outdoors in a roughly 300 square meter (1,000 sq ft) area, investigators were stymied by a dearth of witnesses and the lack of an obvious motive.

Eventually up to 50 police officers were assigned to the case; their day and night surveillance efforts augmented by newly installed security cameras. Finally in May of 2015, one of the cameras recorded a small dark figure perched upon one car's hood and appearing to peck at its windshield wipers. 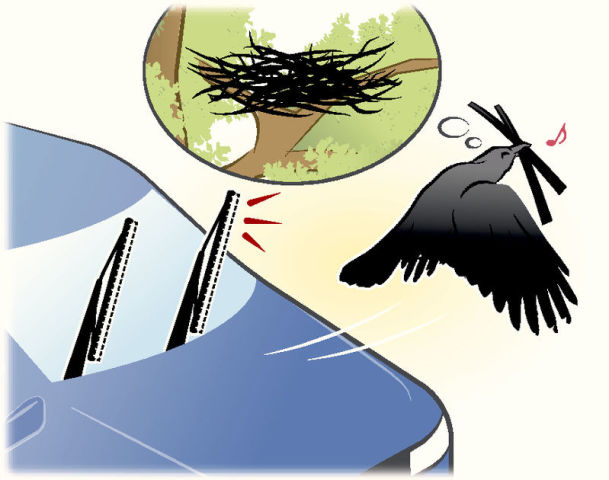 Now that a suspect (or suspects) were identified, both police and residents knew what to look for. Indeed, witnesses began to report crows landing on parked cars and tearing at the rubber wiper blades... but why? “Crows sometimes use soft materials as cushioning to build nests,” explained animal biology expert Prof. Shoei Sugita of Utsunomiya University. “It's unusual, however, that such a small area was intensively targeted.” It may be that one crow, having discovered the rubber wiper blades were both useful and accessible, shared such knowledge with his or her local crow-munity.

As for the Higashi-Izumo police department, they're pleased the case has been solved though it's not quite the sort of “murder” investigation they're used to. Neighborhood car owners remain aggrieved, however, after a police spokesperson stated it's not within their power to arrest crows and even if they could, none of their handcuffs are small enough. (via SCMP and HatenaBlog)