What Would Jesus' Pets Have Done?

Did you ever speculate if Jesus had pets and if so, was he a dog or cat person? We know a lot about the baby Jesus and how that story relates to the Christmas holidays, and of course the end of Jesus' life as it pertains to Easter. But what about Jesus as a boy? What was his preferences and how did he relate to the animals that walked the Earth with him 2000 some years ago.

with dinosaurs, he even had one as a pet. He named him "Agilsaurus" and "kept him in his carpentry workshop," stated Rosenberg. And to add to this fiction, this Jewish reporter backed up his findings, by indicating that was in possession of "eyewitness accounts, scientific evidence. . . (and even documentation) in the Bible."

As far as Jesus possibly having a dog as a pet, it is highly unlikely. Using the word, "dog" was a derogatory term often used by Hebrews when describing Gentiles. Dogs like swine were considered to be unclean animals that carried disease.

In actuality little is written in the New Testament about Jesus' pets per say, but there are some references to wild animals, birds and fish. He is born in a stable and sleeps in a feeding trough (Luke 2:7). At the start of his ministry, he goes out into the wilderness, staying among the wild beasts (Mark 1:13). He compares the lives of animals to his own itinerant life (Luke 9:58). At the end of his ministry, Jesus enters into Jerusalem on the back of a donkey (Mark 11:1-10). 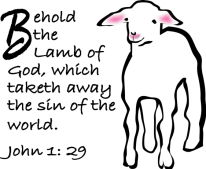 But the one reference that rings true amongst all others is that Jesus' spirit was often referred to as that of a lamb. When John saw Jesus coming toward him he announced: “Here is the Lamb of God who takes away the sin of the world!” (John 1:29).

And while lambs were often used in ritualistic sacrifices common at the time, it is noted in Paul’s letter to the Hebrews that through Christ’s death, God no longer wanted animals to be killed through sacrifice  (Hebrews 10:8-10). This foretelling combined the inevitable crucifixion with the necessity to eliminate animals from ever be sacrificed again. 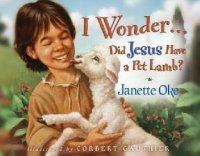 Janette Oke pioneered inspirational fiction and is one of the leading authors in that category today. In her childrens' book published in 2004, "I Wonder…Did Jesus Have a Pet Lamb?" she provides today's children with opportunities to make connections with what the growing up years of Jesus might have looked like. Might his pet have been a lamb or a dog are some questions asked alongside of what were Jesus' favorite toys? Illustrated by Corbert Gauthier, there are accurate depictions of the Holy Land 2,000 years ago which provide a graphic backdrop for this captivating tale.

So what are your thoughts as to what Jesus' pets would have been like? Or are you of the same opinion as those who think Jesus' favorite animal will be the one that accompanies him on his return visit to Earth? After all Revelations 19:11 predicts he will be gallantly riding a "white horse." 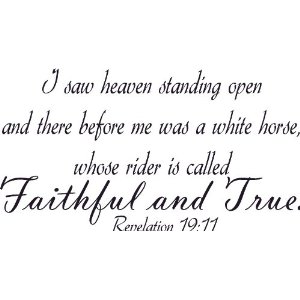