Earlier this month, a woman in South Wales was savagely bitten by a massive python on her way home from a night out at a local pub with friends… 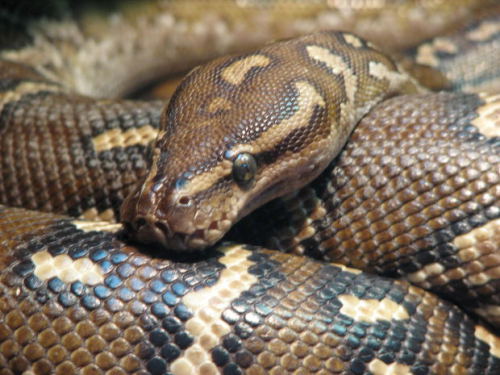 Sue Cull was in for a shock when she was bitten on both of her legs when she took a grassy shortcut when she realized that a massive snake sank its teeth into her, not just because pythons are native to Asian and Africa, but also due to the severe allergic reaction she had to the nonvenomous animal’s vicious bite. Although pythons are famous for brutally crushing prey by wrapping themselves around the animal and crushing it to death, a python’s bite is especially nasty. The snakes rely on their powerful jaws to clamp down on the flesh of potential prey using fish hook shaped teeth to hold victims long enough to coil around its target. Imagine being hit by a sledgehammer, vice and a whole bunch of fish hooks in one nasty hit, and you’re on your way to imagining how poor Sue must’ve felt. 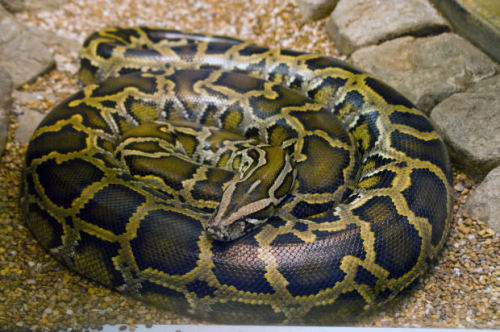 Sue took two bites to her legs, and was taken to Swansea's Morriston Hospital to be treated. After being placed on three different IV drips, having her legs X-rayed to look for dislodged snake teeth, and treating the severe swelling in her face and legs, she made a full recovery from her traumatic encounter. Not surprisingly, the medical staff treating Sue were completely caught off guard, as they have never had to treat a python bite before. Police originally thought that the python belonged to someone in the Swansea area who had originally reported losing their pet python, but the owner had found the escaped snake hiding inside of a pipe on their property. 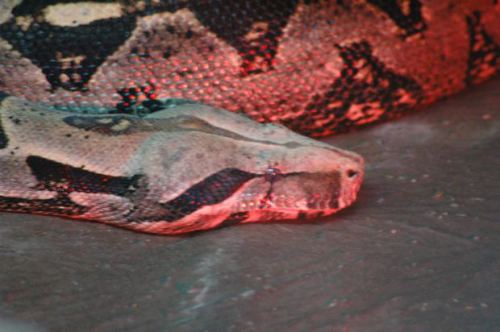 I’m all for supporting responsible pet owners, but if you can’t keep your dangerous animal on your own property, you don’t deserve to keep it. Period. Here’s hoping that they find the python that bit Sue before someone else gets hurt!

3 Great Ways To See Jellyfish
Need A Little Help Cleaning The House? The Animal Video Of The Day!!!!