Caimans are commonly associated with Cajuns, not Canadians, but recently one of these toothy crocodilians took the latter road – one far less traveled by members of its species. 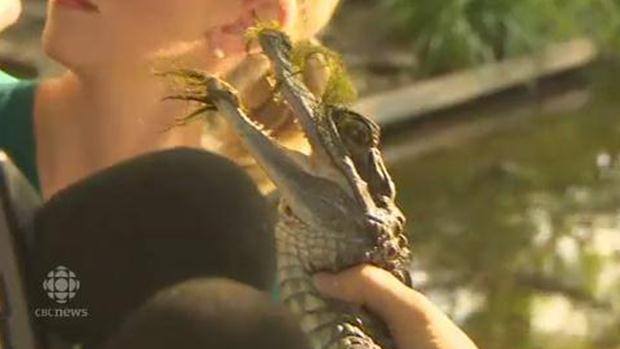 The story begins on the afternoon of Sunday, July 6th, when Torontonian Teghan Stadnyk was in her backyard enjoying the view overlooking Catfish Pond. “Me and my friend were just hanging out and he saw something and was like 'oh my gosh, is that a crocodile,'” related Stadnyk.

“We just went and sat and watched it for half an hour and it stood just still for a while and then swam around and made some biting motions. It's pretty fascinating — I've never seen anything like that before.” Check out this video for a Stadnyk-eye view of the frolicking critter. 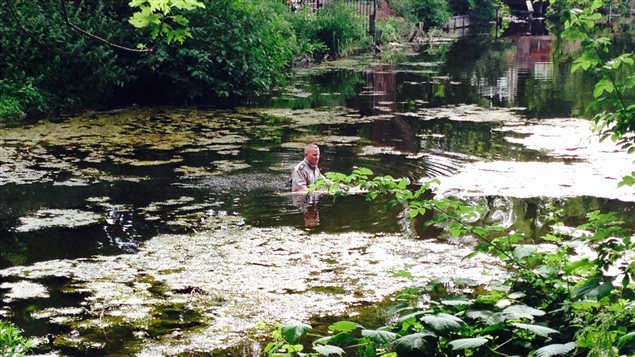 Caimans are native to Central and South America and are unable (and likely unwilling) to make the long trip north to Canada without human assistance via the pet trade. What too often happens, however, is a pet-owner's once cute little pet outgrows both its accommodations and its owner's interest.

While possibly well-meaning though definitely misguided, releasing a member of the alligator family into a Canadian pond doesn't serve anyone's interests. From the fish living in the pond's formerly predator-free waters to visiting waterfowl just dropping in for lunch (ahem) to the reptile itself, destined to learn summer in Canada is fleeting at best without the luxury of a shearling coat, this is a bad deal all around. 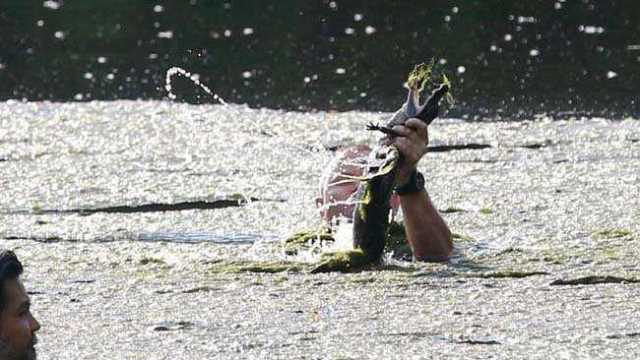 With all that in mind, efforts to capture the rogue croc began the next day though not without difficulty. “Animal services doesn't usually deal with alligators,” explained City employee Tommy Robbinson, who declined to relate when the last such incident occurred.

Eventually the Toronto police marine unit was called in along with staff from the Reptilia zoo. In about an hour, Reptilia facilities manager Lee Parker had succeeded in stalking and grabbing the caiman. “The smaller they are, the faster they are,” according to Cheryl Sheridan, head zookeeper at Reptilia, “but I think the 'getting him' is the easiest part, you just have to get close enough — that was the tricky part.” 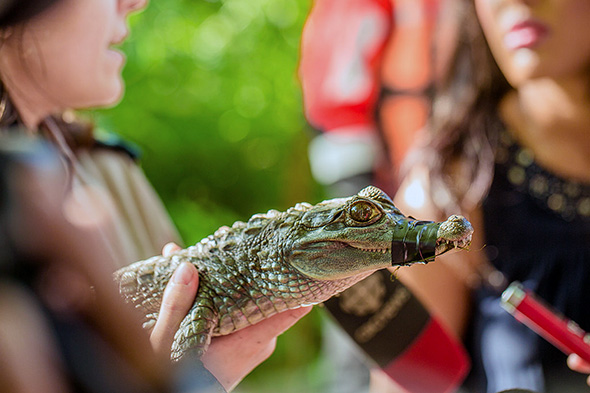 Once lifted from the pond, the caiman's muzzle was securely taped (not with duct tape - sorry, Red Green) shut for saftey's sake and it was measured at 80cm or about 3 feet from snout to tail. “This guy will get a bit bigger than he is now,” stated Sheridan, “but it takes a long time, maybe 20 years or more.”

This gator won't be spending its growing years in catfish Pond, however. Current plans are for the creature to chill out at Reptilia while the zoo attempts to find it a permanent home elsewhere... something the original owner should have done in the first place. (via BlogTO, images via CBC News, ICI Radio-Canada, and Lucasimages,ca)

Goat Simulator, You Got To Be Kidding!