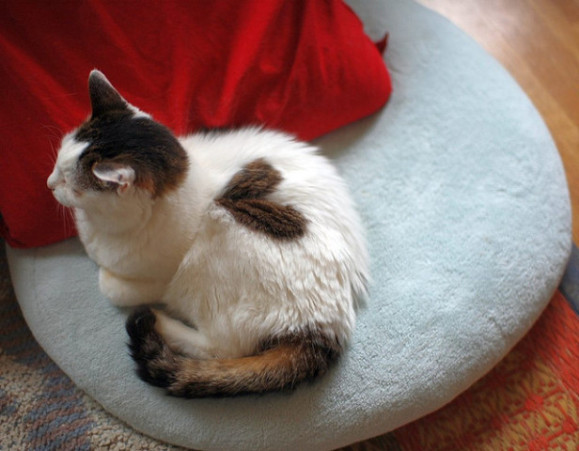 Cats with heart-shaped markings on their coats aren't all that hard to find, and Mister Chi from Japan doesn't stand out as such from a first casual glance. This white & caramel bicolor cat shows its heart on its own terms, captured for posterity by his appreciative and caring owner. 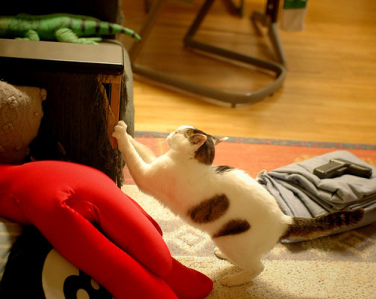 Images of Mister Chi began appearing online in late May of 2007 and though he appears to be an adult, his real date of birth is unknown. His owner, who goes by the Flickr handle Urone317, continued to post photos over a four year period ending in June of 2011. All of these images depict a gentle, peaceful, somewhat sleepy cat who, next to sleeping, seems to enjoy interacting with his owner most of all.

Mister Chi is mainly white with patches of caramel brown shading to black on the top of his head, his tail and along his back and sides. When Mister Chi rests with his body curled to the left, two dark oblong patches meet to form the shape of a heart. 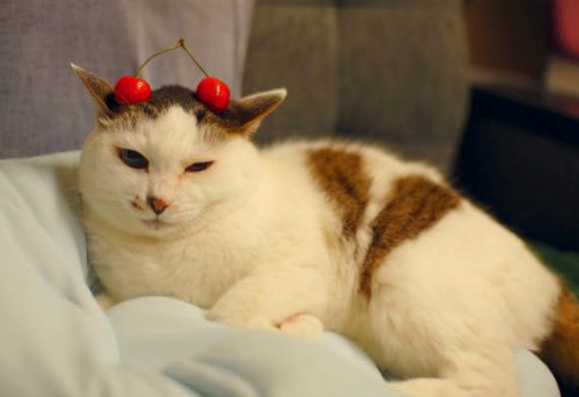 Though his owner isn't a professional photographer (as far as we know), her compositions display a natural sense for what is soothing and appealing. Mister Chi displays the same qualities, and the combination invites onlookers to share the warmth exuded by these personal yet universal scenes.

As mentioned, the owner's Flickr photo set ends in June of 2011, but why? Some hints are given at her Uronnaneko blog that allude to Mister Chi taking ill and, it is inferred, not recovering from his unnamed affliction. One can only hope that Mister Chi has gone to a warm and peaceful place matching his disposition; a deserved reward for the abundant affection he felt for his owner and the gentle joy his posted images continue to engender in all those who view them.

Fun Stories
Cute
Valentine's Day
Cats
A Note To Guys Without Dogs -- The "Pay Attention!" Animal Video Of The Day!!!

I Could Have Been A Contender! The Wrestling Animal Video Of The Day!!!
Comments