Great news for shark fans and not so much for beachgoers, as the National Oceanic and Atmospheric Administration claimed that great white sharks are not in danger of extinction. 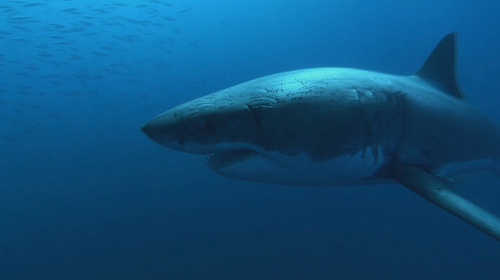 After a few concerned environmental groups contacted NOAA with a petition to research the population of great white sharks in the Pacific Ocean, NOAA’s researchers went to work to determine if there is a healthy population of the giant fish in the area. NOAA’s fish research biologists estimate that there is an overall population of at least 3,000 individual great white sharks out there, and that the species has no immediate risk of becoming endangered or extinct in the near future. 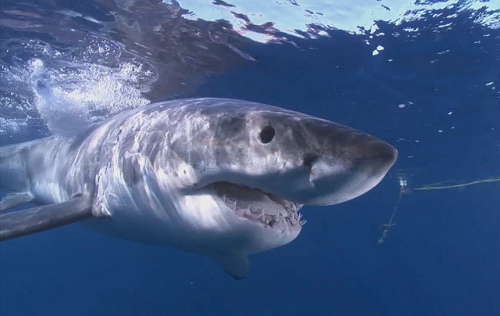 According to NOAA, the increasing population of great white sharks in the Pacific Ocean is partly due to existing federal regulations designed to safeguard shark fishing, decrease oceanic pollution and prohibit near-shore net fishing. Curators of the Monterey Bay Aquarium are particularly excited to learn that the huge sharks aren’t an endangered species, as they continue to study the species near the Farallon Islands and South Carolina’s coastlines.

Stretching to an average length between 15 and 20 feet long, great white sharks are the world’s largest predatory fish, and they are found in all of the Earth’s oceans. They do not do well in captivity however, as the Monterey Bay Aquarium has the record for keeping a great white shark in its collection for an impressive 162 days before their shark died. While an adult great white could easily consume a human, the super predators prefer seals, sea lions, sea turtles, fish and other marine life.