Humans have been creating and believing in mythological creatures for
centuries. Some creatures, though born in antiquity, still enjoy huge
popularity in modern culture. The unicorn is just such a creature. While
shy and elusive in mythology the unicorn is now ubiquitous, especially
in toys, videos, and games for little girls. 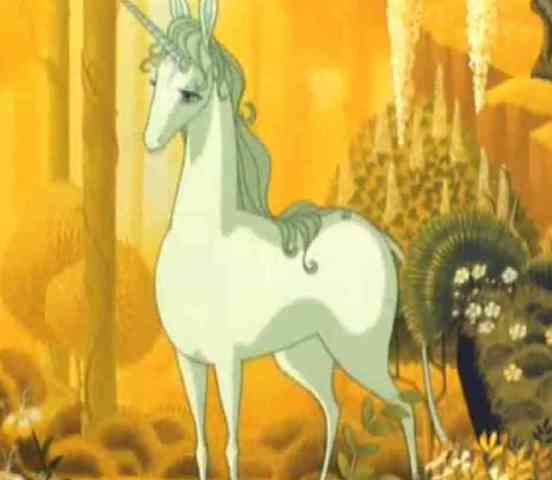 The Last Unicorn (You Tube Image)

The unicorn first appeared in ancient Greece and became of primary importance in the Middle Ages and the Renaissance as a symbol of purity and grace. It was and is most often depicted as a white horse with a single spiral horn protruding from its forehead. It was believed that the horn was capable of purifying toxic water and healing a variety of sicknesses.

Oddly, it was also long believed that only a virgin could capture a unicorn. So the link between young girls and unicorns seems to have been long established, even before marketing executives got hold of the idea.

The beautifully animated film, The Last Unicorn (1982), was at the leading edge of the current extreme popularity of the legend.  Since that time the unicorn has enjoyed increased appearance and popularity in modern culture, moving from the realm of fantasy fans to more mainstream enthusiasts.

To order a copy of The Last Unicorn, click here.