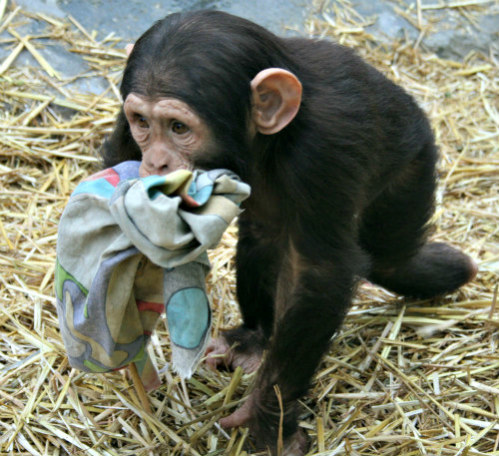 Chimps are our closest non-human relatives

Happy days are here at last — well, at least for chimpanzees and animal lovers! That’s because the National Institutes of Health has announced that it will finally end decades of research conducted on the primates that so closely resemble humans in their genetic makeup and behavior. The announcement by health officials came on Wednesday, November 18, 2015, concerning the decision to stop using them for testing purposes and that the 50 chimps currently in federal custody will soon be sent to a sanctuary to live out their days in retirement.

The ethical and moral implications of animal testing have long been debated. Yes, we need to understand certain things in order to save human lives, but it’s been proven time and again that most animals are too far removed from human beings to really be worth experimenting on. Besides that, the things these defenseless creatures endure at the hands of scientists are too nightmarish and upsetting to even go into here. There’s also the fact that so much of animal testing isn’t relative to actually saving human lives. 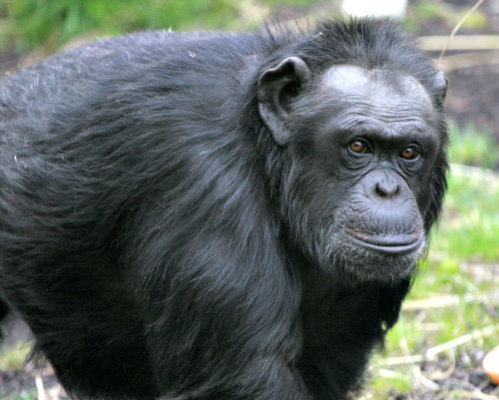 No more testing on chimps in the U.S.

The decision by the National Institutes of Health (NIH) comes more than two years after the agency made the announcement that it would begin to phase out most of its biomedical research using the primates. Since then, no new applications for conducting research using chimpanzees have been approved. Chimps are our closest living relatives and share 98 percent of the same genes as we do, hence their frequent utilization in research.

In 2014, the U.S. Fish and Wildlife Service classified captive chimps as endangered. Due to the designation, researchers were required to obtain an extra permit for any experiments that could prove harmful to the animals. Thankfully, no such permits have been sought since then. NIH director Francis Collins said, "As a result of these numerous changes over the last few years and the significantly reduced demand for chimpanzees in NIH-supported biomedical research, it is clear that we've reached a tipping point.” Hip-hip hooray! 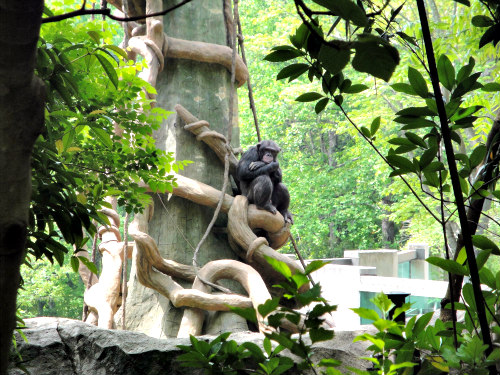 50 test chimps will get to retire

Collins went on to say, "In accordance with NIH's commitment in June 2013, I have reassessed the need to maintain chimpanzees for biomedical research and decided that, effective immediately, NIH will no longer maintain a colony of 50 chimpanzees for future research." The former test subjects are now “eligible for retirement" at the Federal Sanctuary System operated by Chimp Haven in Keithville, Louisiana. While it may not be the Hilton, it’s better than living in a sterile cage and being poked and prodded every day.

Chimps Returning to the Wild

The 50 chimpanzees were in all likelihood born and raised in captivity, so releasing them into the wild is out of the question. The environment they will be kept in will be a vast improvement to what they’re used to — so much so that they may actually have trouble adapting at first. You have to remember, any change in “the norm” can be very stressful to animals and humans alike, even when they’re for the better. It might be a while before they come to grips with their new surroundings and actually begin enjoying themselves.

Sadly, this does not mean that animal testing will cease on all primates. The National Institutes of Health made it clear that it will continue to use other non-human primates in their research moving forward. If this is something that’s unacceptable to you, there are a number of groups you can join besides PETA to show your displeasure. There’s Save the Chimps and In Defense of Animals, or you can volunteer at one of several animal sanctuaries with chimps in mind, depending on where you live.

Hopefully, one day we will have progressed enough that animal testing will be a thing of the past. In the meantime, we still have something to celebrate!

Bear Versus Wolf--Well, Sort Of... The Cute Animal Video Of The Day!!!
Comments