Jules Verne might have been onto something when he wrote his classic science fiction novel titled, "Vingt Mille Lieues Sous Les Mers" or "Twenty Thousand Leagues Under The Sea" in 1870. That mysterious sea monster might have been the ancestor of the living giant squid captured for the first time on film in its natural habitat.

The multi-tentacled creature was spotted 3.000 feet below the surface of the Pacific Ocean, just east of Chichi Island in the north Pacific Ocean. Sailors' accounts of the fearsome 'Kraken' thrashing around the waters with its arch-nemesis, the sperm whale, have long been the stuff of legend. And the legend was only fueled by the incredible difficulty of glimpsing the multi-tentacled cephalopod alive in its natural deep-sea habitat, where oxygen and light are scarce and the water pressure is most deadly.

The crew reportedly spent 400 hours in a submarine before they discovered the massive, silver-colored giant squid, which was strangely missing two of its tentacles. More footage of the "holy grail" of sea animals can be viewed on the Discovery Channel on Jan. 27 as part of a new documentary,"Monster Squid: The Giant Is Real."

The creature spends its days troling the depths of the Pacific Ocean, at a depth where there is little oxygen or light and crushing pressure from the immense weight of the water above. It was spied by Japan’s National Science Museum, working in tandem with Japanese broadcaster NHK and the Discovery Channel.

The immense creature, which has razor-toothed suckers and eyes the size of dinner plates, has been the subject of fables and fairy tales since ancient times. The Norse legend of the sea monster and the Scylla from Greek mythology might have derived from the giant squid and might have been the inspiration for Jules Verne.

"Researchers around the world have tried to film giant squid in their natural habitats, but all attempts were in vain before," said squid specialist Tsunemi Kubodera.

A submarine with a 3-man team on board, including Kubodera followed the enormous mollusk to a depth of 900 meters as it swam into the ocean abyss.The creature was about three meters long, but "estimated to be as long as eight meters if its two long arms had not been chopped off", added Kubodera. He said it was the first video footage of a live giant squid in its natural habitat.

Well with the 'Kraken' discovered, what other mystical creatures might be still roaming the earth and it's waters… The Loch Ness Monster? or. . . 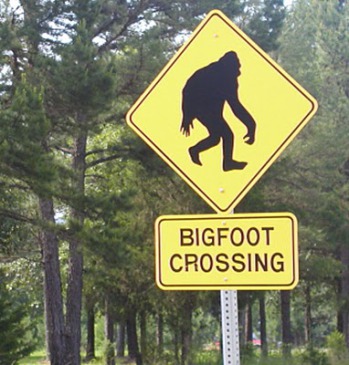