There's Another Smokey The Bear Now

Move over Smokey the Bear, there's a new cub on the block -- and he's
been named after you. Earlier this month a wildfire was raging in Lake
County, Florida when firefighters battling the blaze discovered that a bear
cub had somehow survived. The little guy was only about two months old and entirely on his
own. His paws had burns and his fur was singed. They rescued him and
named him Smokey Jr. 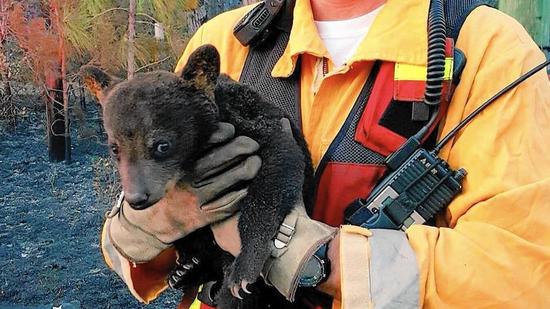 The original Smokey the Bear is a fictional character that was created in 1944 for an advertising campaign aimed at reducing the incidence of forest fires. His iconic line was "Only You Can Prevent Forest Fires." He educated the public on putting out campfires and extinguishing cigarettes. In the 1950s a Golden Book was written to give him a backstory of having been rescued from a wildfire when he was a cub, just like the real story of Smokey Jr. In his case he grew up to be a famous spokes-bear. 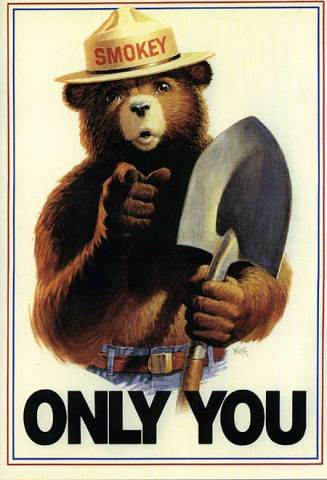 Smokey Jr, or S.J. as they call him, was found by a teen checking on properties in the area with her father. She heard him wailing amid the burning brush. Then he came running at them and they scooped him up and turned him over to firefighters. The firefighters handed their new friend over to the Florida Fish and Wildlife Conservation Commission for evacuation and a veterinary examination. He was found to have suffered minor burns to his paws and face.

Now the search is on for mama bear. Even though Smokey Jr. is currently in residence at a zoo in Tampa the best thing for the cub would be to be returned to her and his old life. As it is he is doing well. No doubt mama is out there grieving the loss of her baby. It's time for a mother and child reunion here. Whether they find mom or not the plans are to return the little bear to the wild as soon as he is able to go.

I hope they remembered to check with Goldilocks for the whereabouts of mama and papa bear. Oh, wait, that's a different story book. Never mind.