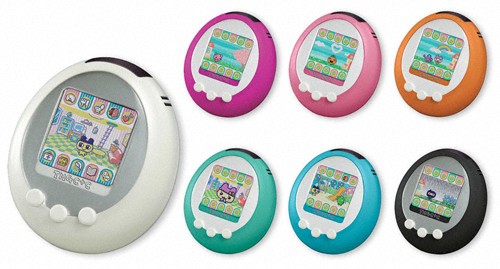 Tamagotchi, the digital pet that became a Nineties icon, is making a colorful comeback! Hoping to repeat the phenomenal success of its digital pet, Bandai has added an LCD color screen and upped the digital content to match.

"Tamagotchi Plus Color" is scheduled to be released this coming November 23, nearly a dozen years to the day after the first generation digital pets were released to huge acclaim. Almost 75 million Tamagotchi's of all types have been sold by Bandai and with a track record like that, it's no wonder the Japanese toy titan isn't willing to let the concept fade away.

While the Tamagotchi Plus Color still features familiar, roughly detailed avatars, they now appear in color. The on-board programming is also upgraded to take advantage of the capabilities of the 1.52 inch thin-film LCD screen, allowing the Tamagotchi creature to get dirty (and look it), change its own coloring and reflect changes in the weather. Check out Bandai's interactive flash page here for more info & imagery. 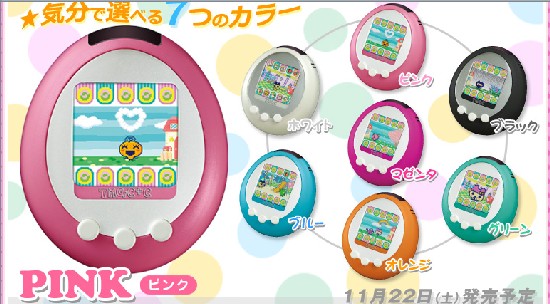 The Tamagotchi Plus Color comes in 7 different case colors including white, black, pink, magenta, orange, green and blue. It's said to cost 5,040 yen or about $48 - a hefty jump from the $15 or so the original Tama's cost! It's not certain whether Tamagotchi Plus Color will make it across to these shores but regardless, Bandai has high hopes for the re-badged, re-launched digi-pets - sales are projected to be 200,000 by year end.

Let Your Kids Play In The Dog House!
Owl Hold Your Glasses For You!
Comments