Russia is known for its frigid winter weather when frosty nights aren't fit for man nor beast. Babies and cats, on the other hand, can make a go of things if they work together to keep one another warm. Such was the case one sub-zero night when someone abandoned an infant in a box frequented by Masha, a long-haired local stray cat from Obninsk, Russia. 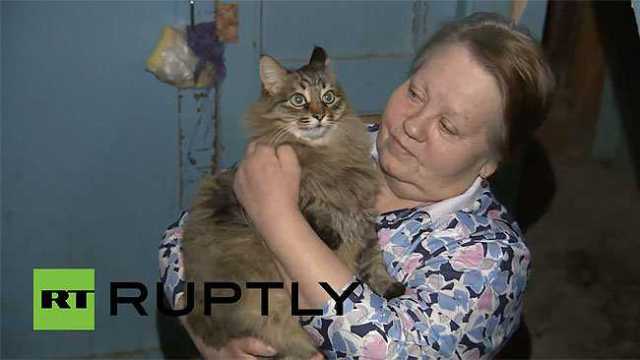 Masha has it pretty good as stray cats go – residents in the apartment block where Masha has lived for the past three years regularly feed her, pet her, and provide a cardboard box for her to bed down in when it's time for a cat nap. It was this rather flimsy but serviceable shelter that an anonymous and obviously desperate young mother utilized one cold January night when she no doubt reluctantly abandoned her young child.

One wonders what Masha thought when she returned to her box that night, only to find it occupied. Making the best of the situation, Masha climbed right in and although the box wasn't small (and Masha appears a bit on the chubby side), the two managed to share both the friendly confines and their mutually-generated body heat for untold hours. 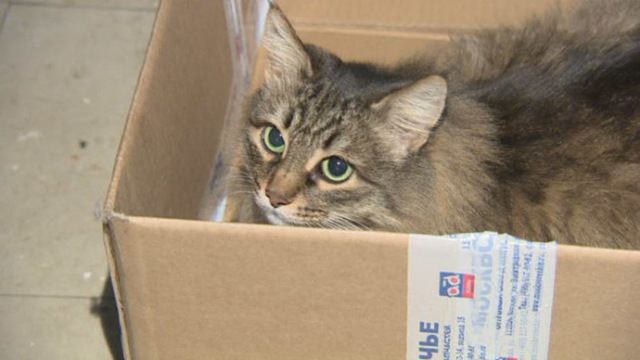 By morning, however, Masha must have sensed something was amiss and began to call out. Her plaintive cries were heard by a woman living nearby, a nurse who worried that Masha was being harassed. Arriving on the scene, the woman discovered Masha and the child – both seemingly in fine condition regardless of the winter weather. Beside the box, she also found a bag packed with diapers and baby food. Check out this short video from Ruptly TV featuring Masha and the nurse who found her and the child.

“She has been keeping the baby warm for several hours and meowing to call for help,” stated the woman to a reporter from Ruptly TV. While it's easy to assume Masha was simply enjoying the baby's warmth, her actions following their discovery indicate a deeper attachment. 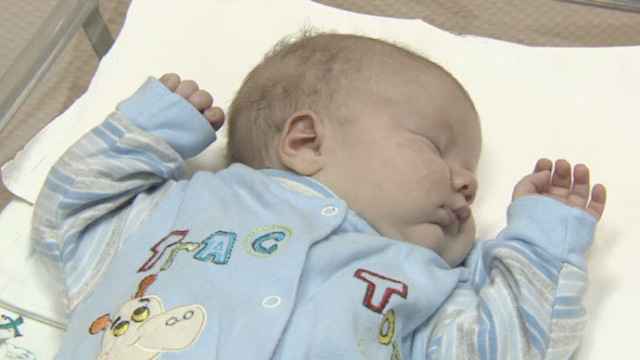 “When an ambulance worker took the baby to bring him into the car,” related the woman, “the cat followed him and pitifully meowed,” even attempting to jump into the ambulance with him. Masha then sat by the road for hours, awaiting the baby's return.

While local authorities have not been able to reunite the abandoned baby with his parents, both cat and child are enjoying much extra attention and care since the incident was publicized. “We have received a lot of feedback from sympathizing residents who are willing to help and ask if any food, toys and other things are needed,” stated a pediatric nurse assigned to care for the infant. 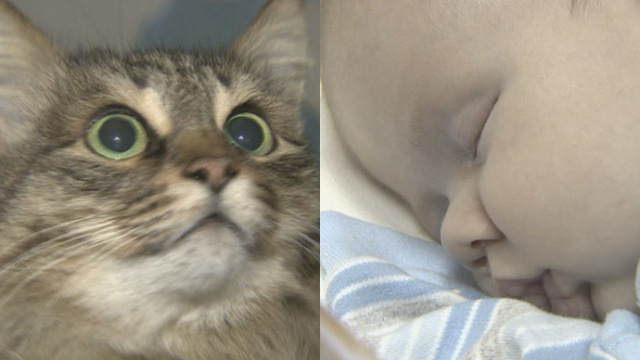 As for Masha (who may be pregnant and not just chubby), residents of the Obninsk community where she lives consider her to be their local hero with all the perks – tasty treats and extra petting – that come with the honor. (via RT)

Theme Park's T-Rex Goes Up In Flames
Urban Coyotes? Looking For Them In All The Wrong Places?
Comments