A realistically detailed fiberglass Utahraptor was stolen from National Dinosaur Museum located in Canberra, Australia on the 21st. The beautiful reconstruction of the reptilian predator is over 5 feet tall, nearly 10 feet long and is valued at $2,400. The museum was desperate to retrieve the expensive stolen Utahraptor, especially since a newly refurbished Tyrannosaurus was vandalized in 2012. 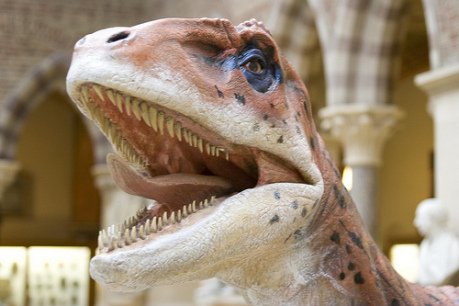 A few days later, a man tipped off the police that the large dinosaur sculpture was in his sunroom and that he had taken it as part of a birthday prank. Although the prankster had to remove the Utahraptor’s detachable tail to transport and store the robbed raptor, the dinosaur was returned to the National Dinosaur Museum in excellent condition.

Although the raptor thief turned himself in, and was reportedly “contrite and apologetic” for his stunt, we don’t know if he will be prosecuted for his role in the prank.

First discovered in 1975, the Utahraptor is most famous for its starring role in the book “Raptor Red” by Robert T. Bakker, and was predominantly featured in the “Walking With Dinosaurs” TV series. 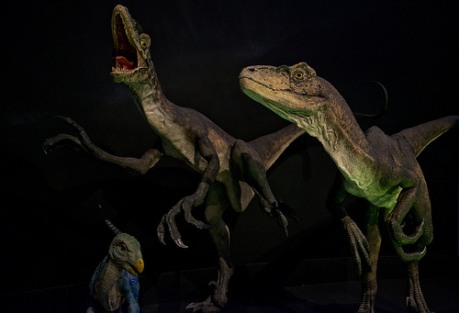 Was this example of Grand Theft Dinosaur all in good fun? Or should the National Dinosaur Museum put their clawed foot down after their $150,000 T-Rex was defanged by thugs to set a precedent to protect their attractions? And don’t you wish that your city had an entire museum devoted to dinosaurs? Share your thoughts in the comments below!

Fine Art Photographer Captures Amazing Beauty Of Birds In New Book
Snow Cat! The Animal Video Of The Day!!!
Armour For Mice: To Protect Them From Cats, Of Course
And The Winners Are.... 13 Comedy Wildlife Photography Awards
Comments