That’s right, ladies and gentlemen- the local fire salamander residents of the Netherlands are being wiped out by a mysterious skin-eating fungus that kills within days of infection… 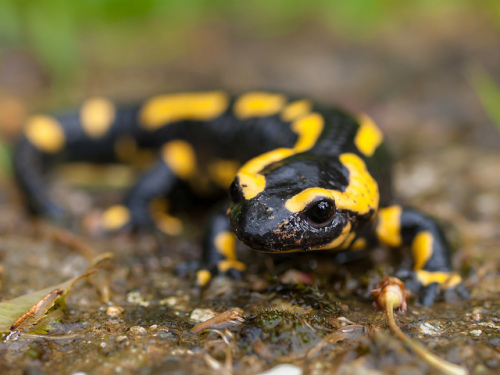 While the yellow and black striped fire salamander is a common sight throughout Western Europe, they have been dying in droves since 2010 in the Netherlands. A mere 4% of the estimated original fire salamander population remains in the forests and wetlands of the Netherlands, and it’s all because of the horrible “Batrachochytrium salamandrivorans” fungus. 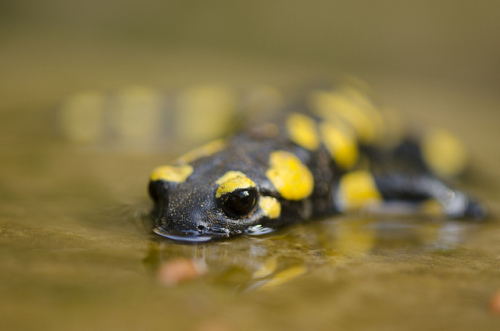 When a salamander directly comes into contact with the spores of Bs, it enters and eats away at the cute amphibian’s skin. This rapid skin degeneration leaves the animal open to horrible bacterial infections, which usually kills the salamander within 12 days or so. Bs is very similar to another recently discovered amphibian-slaughtering fungus named “Batrachochytrium dendrobatidis,” which has been responsible for mass killings of frogs, toads and other amphibians worldwide since the 1980’s. 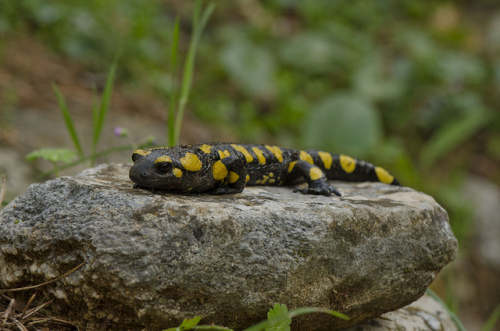 Researchers have found that Bs does not have the same effect on local toads, and it may not have spread outside of the Netherlands, but we won’t know for certain for at least a few more months. They are still learning if Bs can be an airborne threat, how individual salamanders can be tested for Bs and other factors that may be responsible for spreading the spores to new areas, such as migrating waterfowl or crustaceans. Hopefully scientists will be able to quickly contain the nasty fungus, while saving as many of the Netherland’s native fire salamanders as they can!

Designer Leather Zuny Animals Turn Homes Into Artsy Zoos!
If You Get An iPhone, The Frogs Will Come -- The Animal Video Of The Day!!!
Improve Your Kitchen Decor With Frogs
Comments