A dog-owner in Shenzhen, China, has trained his pet to ride a scooter alongside while he performs his morning jog on busy city streets. 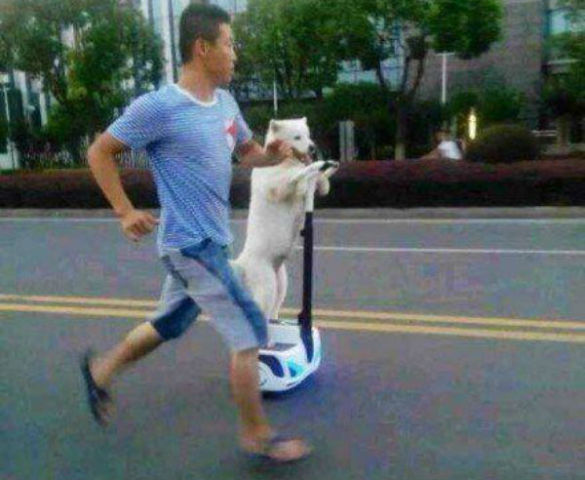 While certainly unsafe – breathing Shenzhen's smog is a definite health hazard – at least one of the pair is getting some exercise.

We don't have much info on the specifics of the owner or the dog but witnesses to the scene state the pair have done this sort of thing before. 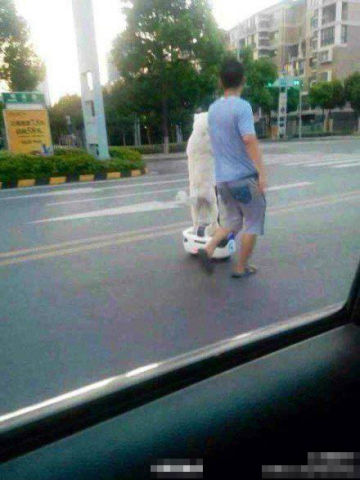 We're guessing the anonymous driver or passenger who snapped these images has seen them before as well, given they had their smartphone camera ready at the exact moment their vehicle passed by (or WAS passed by).

As for the dog's scooter, it sort of looks like a Segway – if Segway made a smaller, more colorful, child-size version of their famous two-wheeled, self-balancing personal transport vehicle. It's even more unlikely the company produces a Segway For Pets... though it would certainly be awesome if they did. (via Shanghaiist)

Fun Stories
Cute
Weird, Odd or Bizarre
Dogs
Don't Mistake The Yawn Of Animals As A Sign Of Not Catching Enough Z's [Videos]

Dogs Stealing Pizza! The Animal Video Of The Day!!!