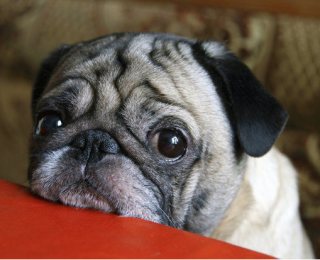 While you might have thought your dog loved you. . . well, just because -- more recent studies by animal behaviorists point to something physical versus emotional. They have actually isolated what they are calling a “love hormone,” that’s shared by both masters and their dogs.

According to David Grimm’s report in Science Magazine, “new research shows that when our canine pals stare into our eyes, they activate the same hormonal response that bonds us to human infants.”

In Japan, Takefumi Kikusui, a scientist at Azabu University is studying ‘oxytocin’ or what’s been dubbed the ‘love hormone.’ He sees it as playing an essential role in maternal bonding. Previous studies proved that when mothers and their babies gaze at each other, it creates a "positive feedback loop" in which the mother releases oxytocin, causing the infant to stare back and release oxytocin, and so on.

From there Kikusui decided to test whether this hormonal effect might occur between dogs and humans, 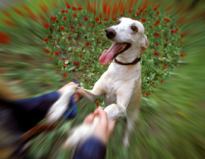 particularly when both parties look into each other’s eyes.

Kikusui’s team then brought in 30 subjects and their pets, collected urine from them, then asked each human-dog pair to go into a room and interact for 30 minutes. After that, the team collected second urine samples, and compared the two.

For pairs that spent the most time staring into each other’s eyes, dogs experienced a 130 percent rise in oxytocin levels, while their owners experienced a 300 percent increase. Pairs who spent little time gazing at each other showed no oxytocin increase.

Dogs' closest relatives — the wolves — interpret eye contact as a sign of hostility. Kikusui speculates that those that developed a positive oxytocin feedback loop naturally became easier to domesticate, allowing them to evolve into placated dogs.

"It's an incredible finding that suggests that dogs have hijacked the human bonding system," Brian Hare, an expert on canine cognition at Duke University told Science Magazine.

"I'm perfectly happy saying that we can love dogs, and they can love us back, and oxytocin is probably a piece of how that happens," Evan MacClean, another Duke researcher, told National Public Radio. "It's really cool that there's actually some science to back this up now." 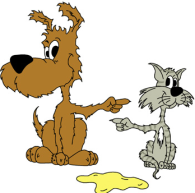 While scientific causal proof for human and canine actions are important factors to consider, at the end of the day, I still think that all of the dogs I had in the past really and truly loved me . . . Why you ask? well . . . just because! Now, cats — that’s another story!

Evolutionary Twist Of Fate Allows Cats To Swim [Video]
Hero Pit Bull Rescues Humans and 5 Dogs from Burning Home
Parrots Are To Birds What Humans Are To Primates
Twin Mutts From Another Mother, Gone Viral
Comments