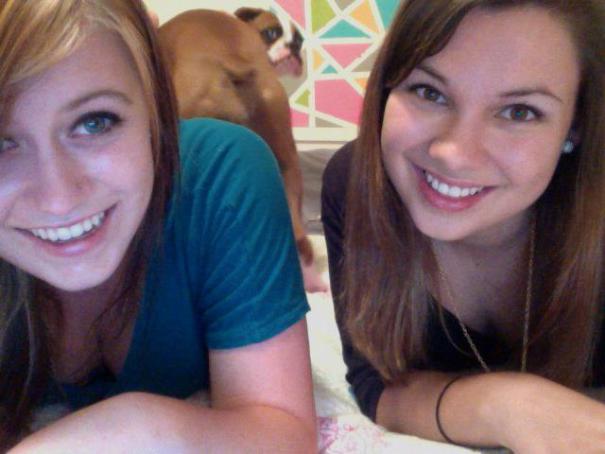 Photobombs are accidental in nature, especially animal photobombs that are often taken by accident in a natural setting. Though the number of amazing animal photobombs is growing by leaps and bounds as time goes by, these ten typify what amounts to a new viral variation on wildlife photography. 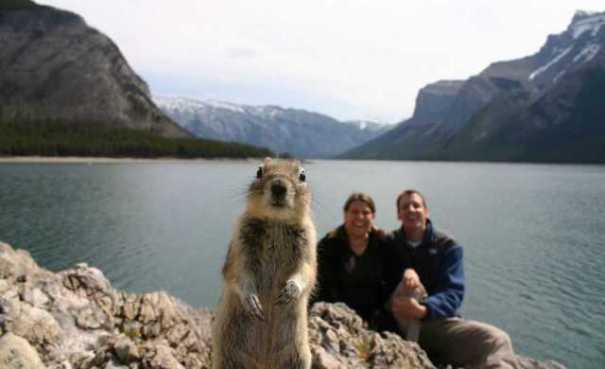 Call it the first shot fired in the photobomb wars: a scene-stealing ground squirrel only too ready for its close-up ends up snatching the limelight – what a nut! (animal photobomb image via Neatorama - Melissa Brandts)

Ahh, there's nothing like the bracing aroma of fresh Rocky Mountain air and... dog breath?? Things could be worse, however, as this photobombing pooch could have presented his opposite end. (animal photobomb image via Martin Bravenboer)

Nothing like a shard of sky-blue glass to perfectly complement the rugged wastes of northern New Mexico, but there's just something missing. OK, there WAS something missing until "Olive" horned her way into the shot, probably to remind the photographer that SHE should be the true center of his attention, always. (animal photobomb image via Mike Lewinski)

7) Goose Who's Coming for Dinner

It's said that Canada Goose are very territorial and can get aggressive if they think you're invading their space. The feathered photobomber above, on the other hand, prefers staring down interlopers with a wicked "if looks could kill" glare. (animal photobomb image via JWPhotowerks)

6) A Giant Leap From Mankind 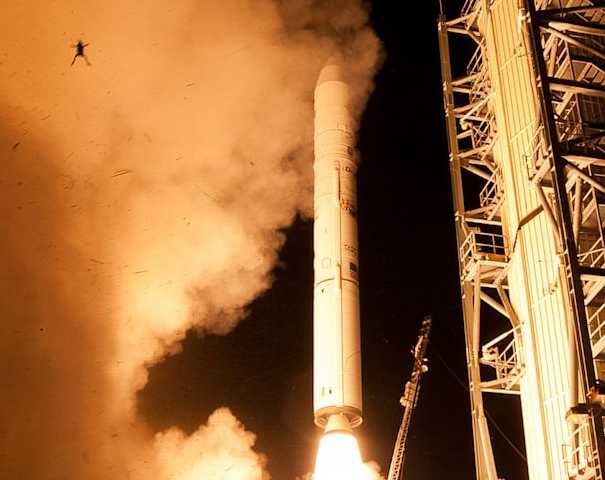 In September of 2013, NASA launched the LADEE spacecraft from Pad 0B at Wallops Flight Facility in Virginia. The probe was unmanned but one attempted stowaway was caught on camera after having second thoughts. Unfortunately for the erstwhile first amphibian astronaut, those second thoughts turned out to be last thoughts. At least he went out with a bang. (animal photobomb image via NASA Goddard Space Flight Center)

"I was taking a photo of the cow in the background," states photographer Dave Wild, "looking through the viewfinder when I felt a wet llama nose touching my fingers. This is the guilty party just after that." What we still want to know is, why did you find a run-of-the-mill cow to be more interesting than an exotic llama? (animal photobomb image via Dave Wild) 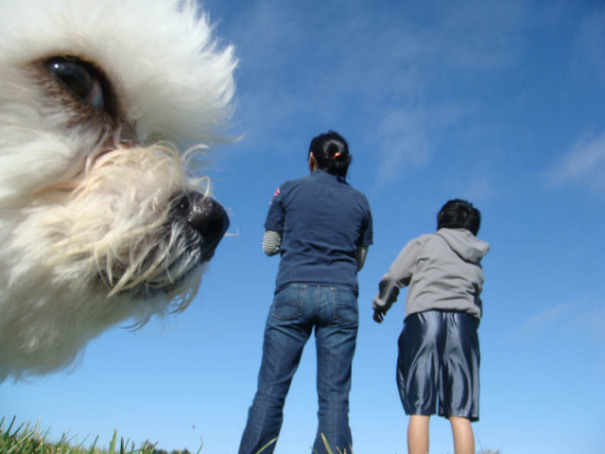 Some people like small dogs, others prefer spending the better part of their disposable income on pet food and XXL-size poop baggies. Let's not even talk about dog breath on a cyclonic scale. (animal photobomb image via Imgur/MujEn)

"All right, Mr DeMille, I'm ready for my close-DOH!" Pity this poor kitty who likely spent untold moments perfecting the perfect pose only to have her mischief-making rival lean in and steal the spotlight. Knowing cats, she'll get her revenge later, just when he's not expecting it. (animal photobomb image via Erik Drost)

"I don't always photobomb landscape shots but when I do, I improve them." Can't argue that in this case, as a seabird crashes an otherwise unremarkable vacation shot and turns it into something memorable. (animal photobomb image via D Holloway) 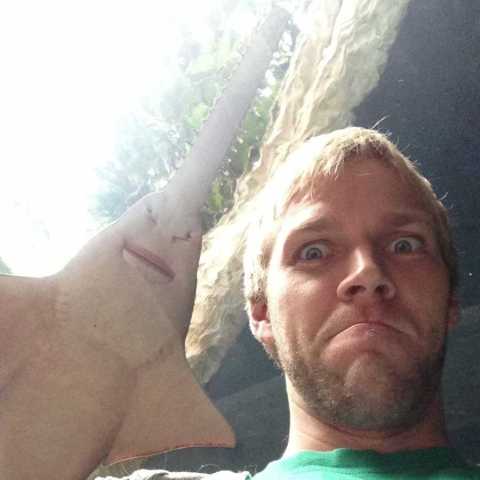 Ever seen a sawfish face to face? Most folks haven't, probably because these unusual fish have a wickedly sharp, multi-toothed “saw” extending out from the tops of their heads. Maybe we should all be more like this guy, who doesn't judge a book by its cover or a sawfish by its saw. (animal photobomb image via Imgur/zotz8, at top via Imgur/zvwLB)