Riding Helmets: They're Hot, But They're Not Hot Enough

through commentary in
Horse.com's helmet
law polls, most horseback riders were opposed to a helmet law, often
citing things like "Helmets are too hot," but others claiming,
"I would wear one if it was more stylish," aka "if it looked hotter."

Here is a nice new style by well-reputed helmet maker Troxel. It's called
the Spirit
Helmet and it has nice wide air vents, a Flip-Fold headliner and a Troxel
proprietary GPS II Dial Fit System, for those who complain that they can't get
a good fit in a helmet. What's more, it's about as sleek and modern a helmet as
you'll find. It's a very highly rated helmet for safety and Troxel gets many
letters of appreciation from those who've fallen and got up again to ride. 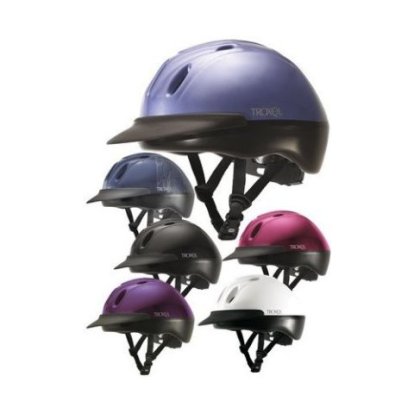 There are other models of the Troxel, like the Troxel Western Sierra Helmet... 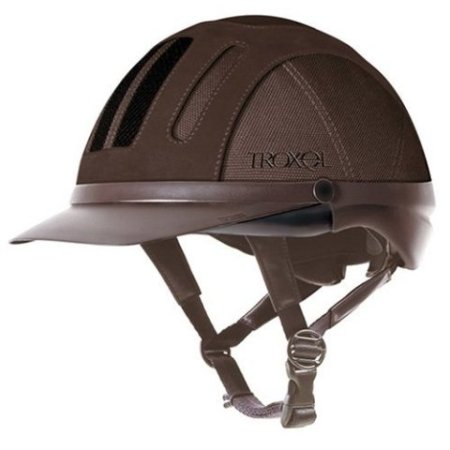 And for you guys who would not be caught alive with a helmet, we'll hide it in this Western Hat Helmet System for the Cowboy 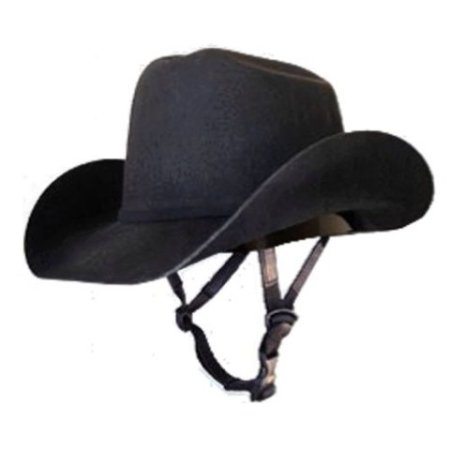 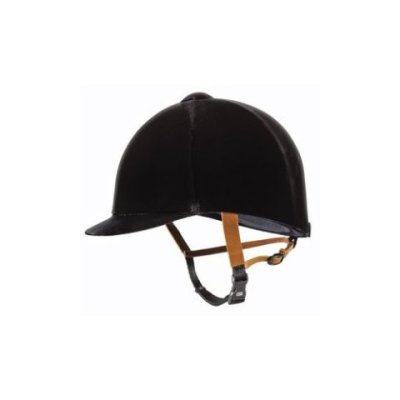 And Troxel makes even more stylish
riding helmets.... Nice and airy, as well as rather stunning riding
helmets. And there are other helmet making companies that share Troxel's
aims of making a safe, stylish, and comfortable riding helmet.

Some Facts About Riding Helmets

Research has demonstrated that wearing riding helmets dramatically reduces
head trauma from horseback riding, but in a March 20, 2009 survey conducted by Horse.com, 40
percent of riders who took the poll said that helmets should not
be required by law, 30 percent said they should be required, and 26 percent
said they should only be required for youth (18 and younger).

This week's Horse.com
poll asked responders what would make riders change their minds and
wear helmets?' Here are the responses:

The above survey suggests that,
if I'm lucky, I may persuade six percent of you with facts, but that's better
than nothing. Here are just four facts based on a ten year study of
major equestrian injury just released in the February 2009 issue of the
Journal of Trauma Management & Outcomes.

2. Right along with skiing and outdoor soccer, horseback riding accidents
are likely to result in serious trauma, requiring rehabilitation for four years
or longer.

3. A major reason for such trauma has to do with horseback riding
itself. "The riding position itself creates this high-risk situation.
Horseback riding elevates the rider's head 3 meters above the ground on an
animal that can easily weigh 500 kg or more, kick with a force of nearly 1 ton,
and run at speeds of 65–75 km/h. In addition, horses are less predictable than
either a motorcycle or a racecar."

4. The average age of injured persons from horseback riding, or
from kicks, or stomping by a horse, over a 10-year period was 47... not 18
or younger.

Though the above study covered all injuries resulting from a horse, other
research has looked at just riding incidents, and those studies indicated that
head injuries outnumbered other bodily injuries by five to
one.

That's the buzz for today!
Some of the sites we link to are affiliates. We may earn a small commission if you use our links.

The Well-Dressed Dog At A Wedding: Trend-Setting Elegance For Dog Grooms