Hey Royal B.C. Museum, your assfish is showing... and boy are they proud! Caught ten years ago in Queen Charlotte Sound, north of Vancouver Island, the hideously ugly and bizarrely-named fish is only now going on display at the Victoria museum's new Pocket Gallery. 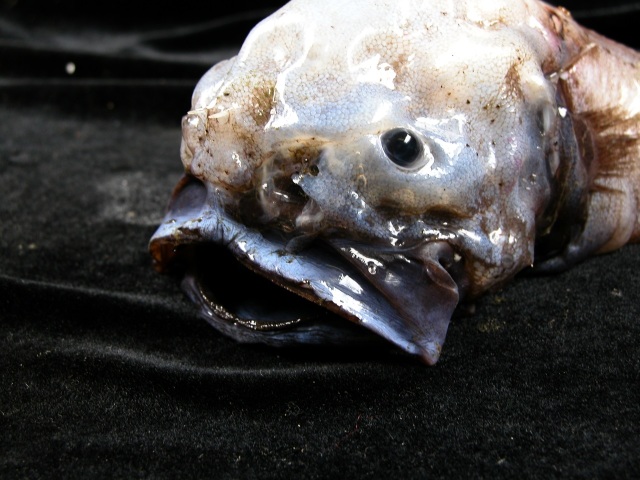 No one knows where the assfish (formally named Acanthonus armatus) got its ridiculous (yet appropriate) name, and anyone involved with the initial description of the creature back in 1878 has long since passed on.

Very little is known about the assfish, probably because it dwells at depths of from 1,171 to 4,415 meters (3,842 to 14,485 ft) in the ocean's so-called “midnight zone” where sunlight cannot penetrate. Ichthyologists classify the assfish as a species of cusk-eel and although dubbed the “Bony-Eared” Assfish, it's the only known member of its genus. 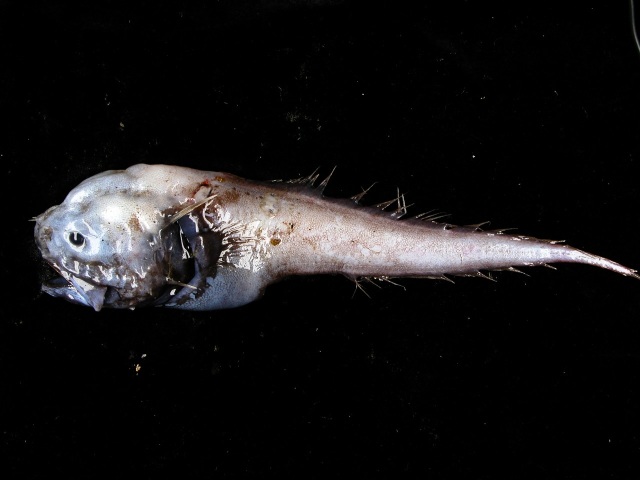 Ugly Is As Ugly Does

The preserved specimen now on display at the Royal B.C. Museum measures about 30cm (about 12 inches) in length – towards the upper range for assfishes. Bigger isn't better when it comes to human viewers' points of view, however. "It is an ugly fish. That's why I like it," stated museum curator Dr Gavin Hanke. "It's got a big bulbous head and a tapering body and flabby skin. It almost looks like a glorified tadpole. It felt very gelatinous and soft when we picked it up.”  Yuk!

But hey, let's not be overly judgmental. Perhaps, to paraphrase Galaxy Quest's Commander Peter Quincy Taggart, maybe the assfish isn't as stupid as it is ugly... wrong! The Royal Society's 1987 monograph states the creature “has, per unit body weight, the smallest brain... of any known teleost and possibly any vertebrate.” So it's got that going for it, which is nice. 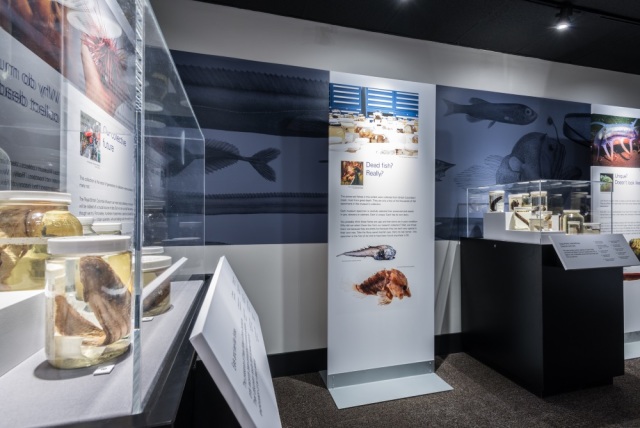 Butt Is It Tasty?

Assfishes are found (when they ARE found, that is) in tropical and sub-tropical regions of the Pacific, which makes the one caught off the coast of Canada a rare bird indeed. This notoriety has helped the humble assfish star in “Finding Fishes”, the Pocket Gallery's first exhibition.

The unusual appearance of the assfish is making waves in other areas as well: Hanke is including the bizarre fish in an upcoming series of papers discussing why some ocean creatures have extended their traditional ranges. Looks like the Bony-Eared Assfish is ready for its close-up... just don't see it before lunch!