Just last week, I described PrideBites as “the definitive fetch toy,” and I couldn’t have been more right. Here’s my little story about how Jessie the golden retriever met Tux the flying penguin… 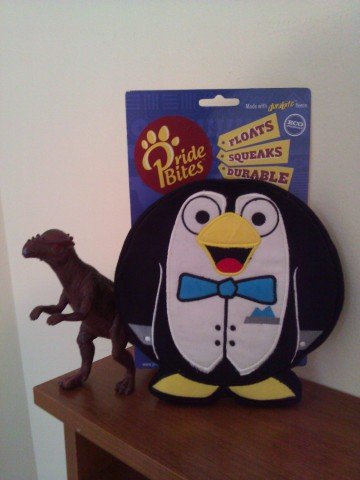 If you’re a regular reader, you may remember the dozens of times that I called Jessie “shark mouth,” “crocodile jaws” or something to that nature, which is why I was excited, yet apprehensive about introducing her to Tux, the dapper PrideBite penguin. However, when I found Tux in the mail, I quickly realized that they would get along much better than I thought that they would. I knew that Tux would be filled with a “foam,” but I had no idea that the compacted sponge-like material inside of the toy would be the perfect consistency for playing fetch with my golden juggernaut: compact and dense, yet yielding when just enough pressure is applied by the dog’s mouth. I’d feel so much safer playing fetch with a PrideBite than a hard plastic flying disc anytime! 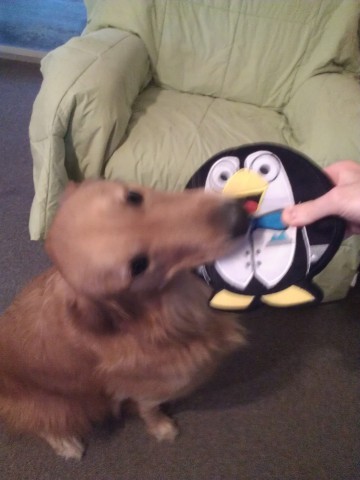 The PrideBites Team gets tons of bonus points for clearly labeling Tux as “NOT A CHEW TOY.” This is absolutely fantastic, as I can’t tell you how many times that I’ve presented toys that claim to be “tough” and “rugged” to Jessie, only to see them shredded to designer bits within minutes. The combo of Tux being durable, easy to throw around the house or yard and its charming design all make the toy a brilliant training toy to get Jess to “Drop It” or “Let Go,” which are a pair of concepts that she’s still learning when it comes to playtime. 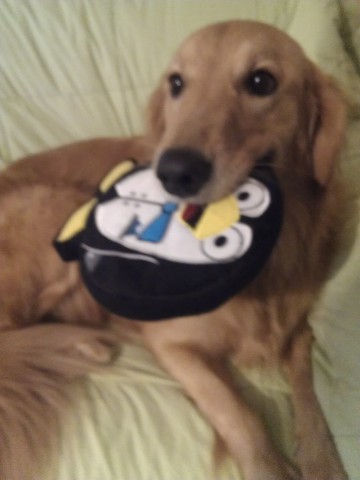 Between his dual “You can’t get to them, dog! Ha-ha-ha!” squeakers and soft-on-her-gums design features, our round dapper friend instantly holds Jessie’s interest whenever he comes out to play. As you can see, Jessie really wants to sit down with Tux for a nice cuddle/chew whenever she gets ahold of him, but I have a feeling that she’ll get the concept of “fetch” soon enough! 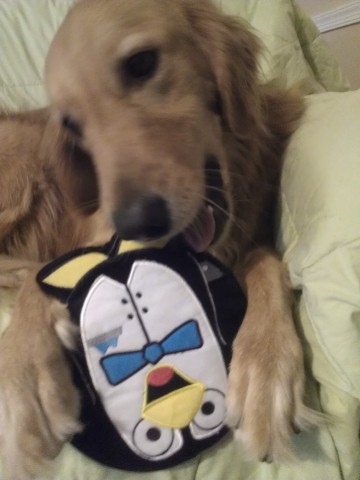 PrideBites absolutely deserves a bunch of praise for the biggest fetch toy innovation since the traditional flying disc. It’s durable, washable, yielding, strong, comes in a huge variety of fun shapes and is a fantastic training tool to teach your big ‘ol beast to “Play Easy,” “Let Go” and other important commands, while having a good time. Between me and PrideBite’s Tux, Jessie will get the basics of fetch before you know it! 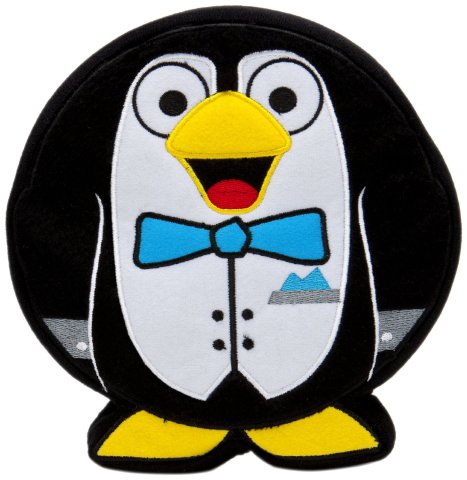 Do your behemoth a favor and grab one of the many PrideBites designs from Amazon today!