Political Cat, Tuxedo Stan, Mayoral Candidate With A Cause

First, there was Fat Cat, who ran a valiant race against Vladimir Putin for President of Russia, despite his refusal to ride a horse bare-breasted. Then, there came Hank, who is boldly facing two big-shot party candidates running for U.S. Senate in Virginia.  And now, here's Tuxedo Stan, representing the Tuxedo Party in the Halifax, Nova Scotia mayoral race.  As human interest in politics wanes, what do you expect?  First cats rule your world.  Soon, they will rule the world.

Tuxedo Stan may or may not win the Halifax mayoral race, but all he really wants is care for his brother and sister cats, many of whom have been abandoned on the streets of Halifax.  Neglect, he says, has not worked.  It's time for care.  "A chicken in every pot and a litter box in every house," is his motto. He is one well-fed cat who does care about those less fortunate. 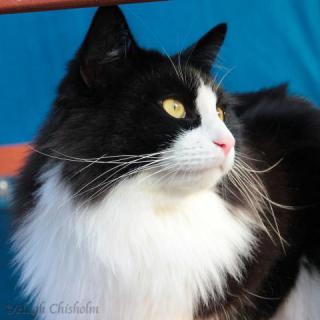 Tuxedo Stan: © Hugh Chisholm, image via facebook.com/pages/Tuxedo-PartyTuxedo Stan is asking for funds for his campaign, but it's not for his mayoral campaign.  It's for Spay Day Nova Scotia, which will take place October, 20, 2012.  Stan knows that nothing is free in this world, so he's going to give you a genuine MP3 download of his favorite song for your donation of just $.99.  It's his campaign song: Life Gets Better by Canadian aboriginal song writer and music award winner, Don Amero,  Donate only 99 cents, get this really great song, and help pay to spay and neuter Nova Scotia cats!

You can listen to a few bars of Life Gets Better here, and purchase it here.  (You may listen to a sample of the song on Amazon, but don't buy the song there because the payment will not go to Tuxedo Stan's cause.)

Hero Vets and Abused Birds of a Feather Heal Together

Service Dogs and Situation Training at Airport in Tampa, Florida

Divvy the Service Dog -- The Animal Video of the Day!!!