Fear of a black cat? Fuggedaboutit! One very special black cat has become a good luck charm for injured dogs and cats at a Polish animal shelter. 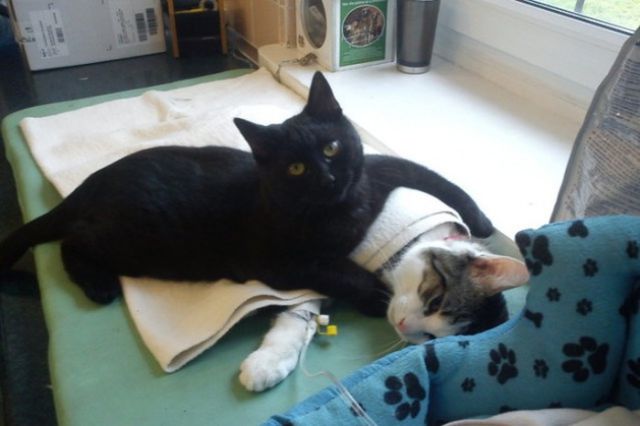 Rademenes, a nine-month-old black feline, was treated at the shelter after being rescued and now appears to be paying it forward by comforting his four-footed fellows. 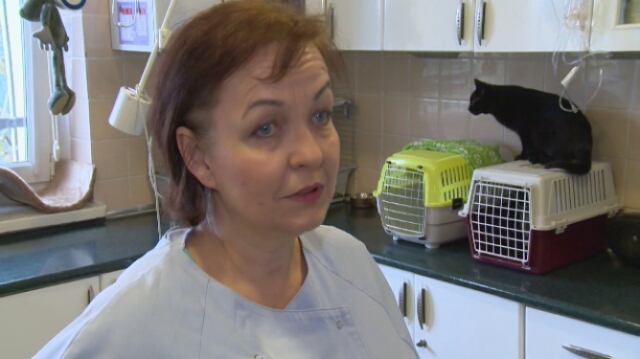 Rademenes was brought to an animal shelter in Bydgoszcz, Poland about seven months ago suffering from a severe respiratory infection. According to Polish news channel TVN Meteo, shelter staff doubted the kitten would survive but to everyone's surprise, it made a full and complete recovery. 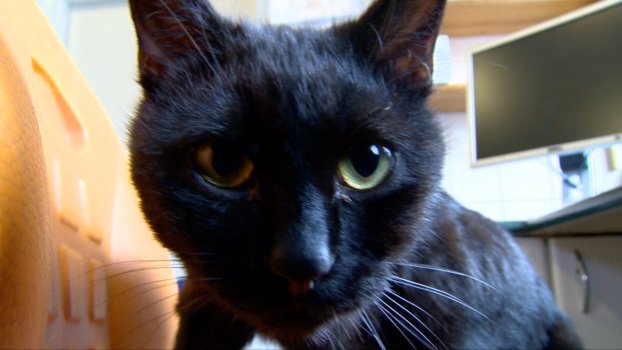 It's a sad fact that black cats are typically the last shelter pets to be adopted and Rademenes was no exception. His constant presence at the shelter, however, led staffers to make the effusively friendly black cat the shelter mascot. 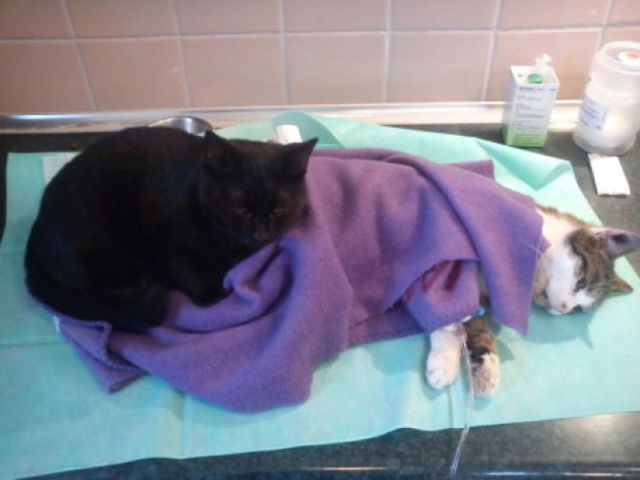 Rademenes not only seemed to revel in the honorary position, he took it upon himself to pay forward the care and consideration he had received by soothing and comforting the shelter's anxious, injured and otherwise distressed residents. 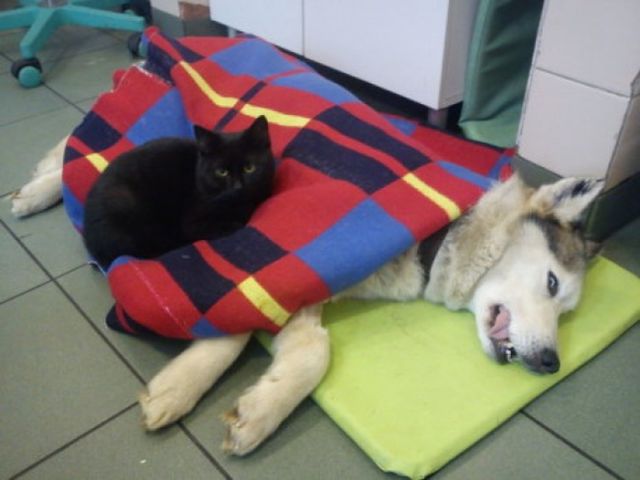 As can be seen at Rademenes' photo gallery at Imgur, the black cat's self-appointed role as “the incredible nursing cat” has struck a chord with almost one million (at press time) human admirers! Rademenes is seen snuggling, cuddling, gently licking and otherwise comforting many of the shelter's more unfortunate denizens as they go into and come out of surgery – and not just other cats, either! Score another point for those who believe animals can be as empathic as people... maybe more so, depending on the people.

Summer Temperatures Lead To Tragedy For One Canada Dog Owner