Here’s a rough conservation story: America’s western bighorn sheep are dying from pneumonia and the disease might be impossible for environmentalists to stop from spreading further across both states. 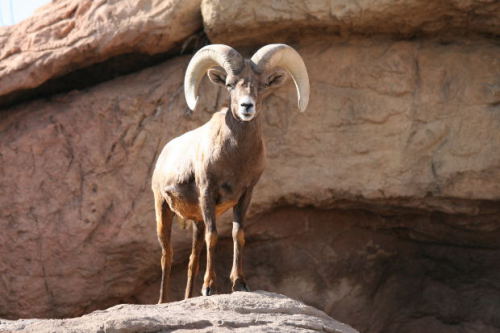 At least 20 bighorn sheep in a Nevada preserve have died from pneumonia in May alone, and the National Park estimates that many more sheep are infected. Park rangers are considering two options: killing off entire herds that had included infected members, or allowing the sickness to “run its course” through the local population. With a huge population of more than 10,000 animals, there are more bighorn sheep in Nevada than anywhere else in the United States.

California’s bighorn sheep herds aren’t faring any better, as the Mojave preserve’s sick group is the largest in California and was known as healthy “foundation” herd that was relied upon to re-establish populations of sheep across the state. There are about 5,200 individual bighorn sheep scattered across 60 established herds in California, and if the pneumonia-plagued herd has to be destroyed to save the other 59 groups, it would be sad, but necessary for the survival of the species. 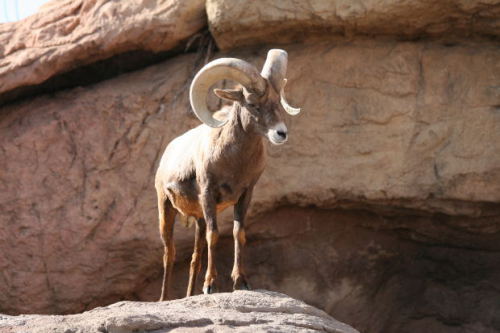 Researchers aren’t entirely sure how pneumonia worked its way into the local bighorn sheep population, but some speculate that the illness was transferred from a domesticated goat or sheep to the wild bighorns.

Male bighorn sheep are famous for their mating ritual of butting heads with rivals during the autumn mating season. While both rams and ewes have horns, the larger, curved horns of the adult males can weigh up to 30lbs. Rocky mountain bighorn sheep can be found all along the Rocky Mountains from Canada to New Mexico.

Who's Your Daddy? A Southern Right Whale In The Neighborhood
Rehabilitating Prisoners Apply Learned Skills To Animals
Fiji Looking To Pay For Iguana Bounty Hunters!
Comments