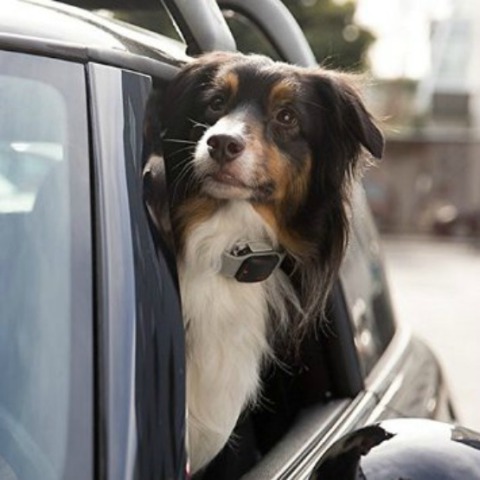 Safety Devices for Your Pets: Reduce harm and keep track of your pets with safety devices designed for them

If you travel a lot with your dog, you've probably already got a doggy safety belt for him or her or even "them," as in plural dogs. By doing so, you also probably consider yourself a conscientious and responsible pet owner. After all, pets can hurl through the air like a cannonball in a motor vehicle accident just as easily as humans can. If you are one of these folks who's gone the extra step and purchased a pet seat belt or seat belts for your animals, hooray for you! Statistically, you're further ahead of the pack than a lot of people are.

Keeping our pets safe in the same manner as we'd keep our children or any other passenger in our automobile just makes sense and it's the right thing to do. With that in mind, we decided to investigate the best safety harnesses or pet seat belts available for purchase today, and we were more than a little surprised by what we found.

Recently, the Center for Pet Safety (CPS) released the results of their new crash-test study involving pet crates and harnesses for transporting animals, but especially dogs, as they seem to go with us most frequently over any other animal. While the outcome of these tests are startling, to say the least, what was even more surprising was the fact they had only endorsed one pet seat belt for dogs over the last few years. That particular safety harness for traveling is the Clickit Sport by Sleepypod.

Not only did it get a passing grade of yes during crash testing, but it received a 5 star rating signifying that, in their estimation, it met all of the pertinent criteria for pet safety in an automobile accident. This is tremendous news for pet owners, especially those considering purchasing a pet safety belt but not sure which one to get. There are a lot of them out there, but they're not all created equal. 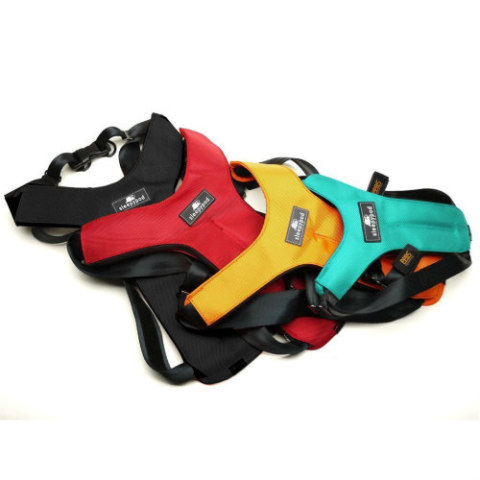 The Clickit Sport is a lightweight harness that's easy to use with a three-point design system for safety and comfort. The makers of the product wanted to reduce damaging forces that animals may incur during an actual crash when the weight of their bodies is thrust against the restraints. Just like with people, if a restraint is ill fitting or worn improperly, injuries can still occur. Remember, seat belts need to fit securely and snugly on their wearers in order to work as intended. Otherwise, they can be as good as useless.

Another way to look at is in comparison with a child safety seat. If the seat isn't buckled in properly, it can come loose. The same goes with protecting your dog. Ironically, the Clickit Sport harness was crash tested using the same dynamic testing used for child safety seats. The Sleepypod Clickit Sport is available in four sizes, all of which have been tested and passed with flying colors, according to CPS. The harness can also be used with a leash for walking your dog, so it does double duty.

Back in 2012, New Jersey became the first state in the U.S. to enact a law requiring pet safety belts for animal passengers, particularly dogs. A lot of this had to do with studies showing the amount of harm their bodies can do to automobile occupants during an accident. Properly securing your dog will not only save its life but will keep other passengers in the car, including the driver, from being injured in the event of a crash as well.

Even if your pet only weighs 10 lbs, 10 lbs hitting you at 40, 50, 60 or even 70 miles per hour will in all likelihood clean your clock and surely ruin your day — not to mention what it will do to your pet, perish the thought. This is technically true for any unsecured object that happens to be kicking around your car or truck. They've proven that even a Kleenex box can turn into a deadly weapon under the right circumstances given enough force.

All in all, it isn't just people that turn into projectiles in a wreck, and it doesn't have to be a wreck in order for your pet to be injured. Pets can also be hurt during sudden stops, which happens a lot more frequently than injuries from an out and out accident. Just ask your veterinarian, if you're up to the grim statistics. So, do your pet and yourself a favor and invest in a crash-tested safety belt. The Clickit Sport may be a bit pricier than other makes and models of animal safety harnesses, but you can't put a price tag on your pet's life.

One final note: It's super important that you familiarize yourself with this or any harness before using it and make sure your pet is fitted properly and that you've attached it correctly to your car's safety restraint system, or you could end up injuring your animal and doing more harm than good. People who have had problems using safety equipment for both pets and children in connection to transportation mediums have almost exclusively misinstalled them or used them improperly. It's up to you to make sure that doesn't happen.

Clothing and Accessories
Design
Dogs
Health
Pet Care
Pet Safety
Stuff for Dogs
Who's The Coolest Cat Of All? The Dog In The Hawaiian Shirt
Disney Togs, Toys And Accessories For Pets Let Furry Friends Capture The Magic, Too
The Well Dressed Cat In Winter: 7 Beautiful Cats In Stunning Clothes
Cat-Eared Neko-Helmet Ensures You're Kitten For The Cycle
Comments