A pet matchmaking service set up by a Chinese college student is so confident in their romantic remediation, they also offer to arrange wedding packages so lovestruck dogs & cats can put a ring on it. 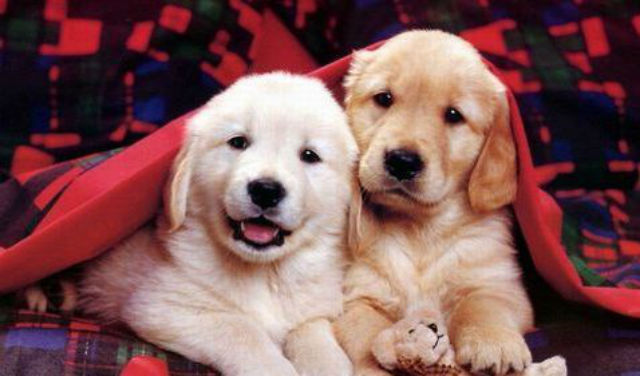 The service is the brainchild of Dong Xiaocen, a sophomore at Shanghai Normal University's School of Business. Dong was inspired by an “unfortunate dog marriage” between two Schnauzers whose owners argued over ownership of the pair's litter of puppies. The end result was mucho misgivings by the pet owners and a ban on future meetings between the parents.

Concerned that such “broken marriages” between pets led to loneliness and depression, Dong was moved to ask himself “If there were a professional intermediary for matchmaking, then we could avoid such endings, couldn't we?” After discussing the matter with seven pet-loving classmates, the group pledged to set up a mutally-owned pet matchmaking agency. 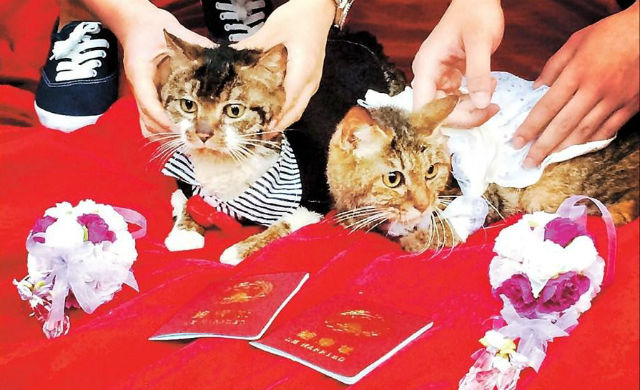 As part of their business plan, Dong and his partners conducted a market survey that asked pet-owners if they were eager to find their pet a compatible mate... and a surprising 67 percent of interviewees answered in the affirmative!

With China's pet boom showing no signs of slowing down, Dong's pet matchmaking service sounds like a winning proposition. Speaking of which, the company is offering wedding packages (including a wedding ceremony) for pets successfully matched by the service. You may kiss the bit- er, the bride! (via Shanghaist and SINA News)