In post-Soviet Russia, dogma hit karma! A car-owner in Petrozavodsk must have parked too close to Laika's favorite fire hydrant, prompting the peeved pooch to go full Red Army on the red vehicle. 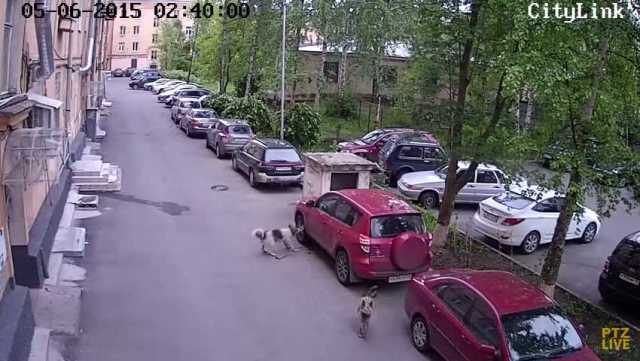 A 10:00 minute-long video posted on YouTube by ViralHog appears to be an outtake from a security camera though the quality is better than one might expect. The video is time-stamped, and although it's 2:40pm in the afternoon the residential street is deserted... except for a couple of dogs. 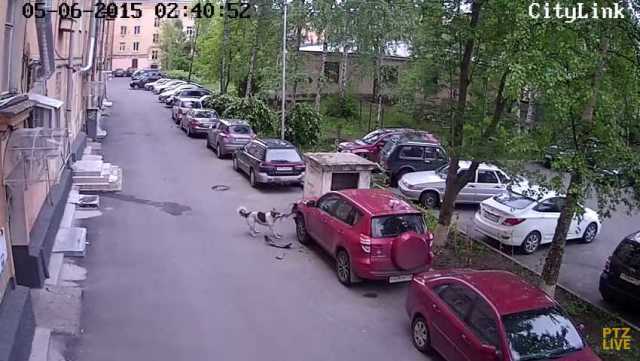 The pair of mutts quickly select their target (a red Toyota Matrix or Pontiac Vibe) and while the calico canine begins to vigorously attack the vehicle's left front wheel well, the other dog moves out of the scene, presumably to stand lookout. 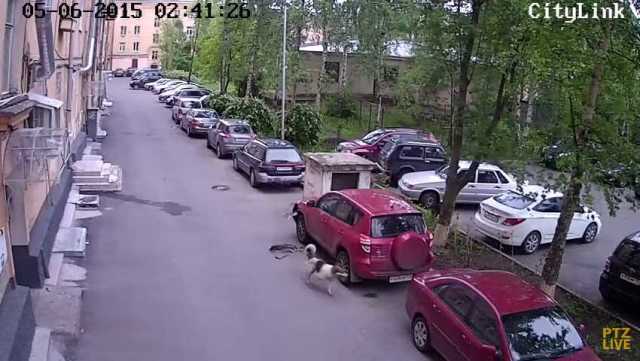 It doesn't take long for Perp #1 to tear loose most of the inner fender, whereupon it then moves on to the car's front fascia. Moral of the story: Russian dogs are tough... Russian cars, not so much. (via English Russia)

World Leaders Sharing Koalty Time Down Under At G20
Rawhide Treats Processed With Chemicals Not Approved in U.S. Being Recalled

Brooklynites Look Forward To A Season Of Eating Goat
Comments