Octopi Have No Latin Etymology, But Could They Be Alien?

Octopi, the supposed plural of octopus, is a favorite among lexicologists. and fans of quirky terms, but there 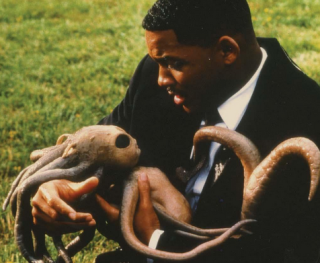 really is no etymological basis for the word. The appellation was created by English speakers out of a mistaken belief that ‘octopus’ is Latin and hence pluralized it with an -i ending.

Truth is, it was never a native Latin word as the singular version actually came from ancient Greek. So, as it was officially handed down through the centuries, today’s grammatically correct plural in English is ‘octopuses.”

But more shocking then how to correctly spell it, is the some earth-shattering breaking news that scientists think that our lovable octopuses, nature’s aquatic contortionists might actually be aliens from another planet. Whaaat? You mean, like something out of the TV sci-fi movie, Men In Black?

Chicago ResearchersThat’s right. Researchers from University of Chicago’s Octopus Genome Project, who are in the business of mapping out the genetic code of the octopus found it to be so other-worldly, that they are willing to go out on conspiratorial limb and label it as extraterrestrial.

The study was the first genome sequencing of its type ever conducted on a cephalopod (from the molluscan class of species) and it showed remarkable complexity with some 33,000 protein-coding genes identified – more than has been found in a human.

They also found that octopus DNA is highly rearranged, like a shuffled deck of cards. Their genetic code contains

a number of “jumping genes” that leap around the genome.

“The octopus appears to be utterly different from all other animals, even other molluscs, with its eight prehensile arms, its large brain and its clever problem-solving abilities,” said Dr Clifton Ragsdale, a researcher from the University of Chicago.

But as any scientist will tell you, all good science makes room for peer review. When the claim was leveled that octopuses were possibly aliens, other scientists stepped up to dispute the claim.

Writing in The Stranger, Charles Mudede cautioned us to chill out and not judge the octupus' “alienness" as that which is simply extraordinary DNA: "No matter how crazy an animal's DNA might appear, it is probably from this planet, if its cells contain the energy-generating organelles called mitochondria,” added Mudede.

According to the Chicagoist reporter Melissa McEwen, she interprets the claims of octopuses being alien was simply a way for scientists to describe the octupus' unusual biological make-up — not that they are true extraterrestrials.

“I'm sure you've seen the articles claiming octopuses are aliens all over social media lately. Turns out the Chicago scientists who authored the study in question didn't mean that octopuses are literally from outer space, but that their DNA is just really really weird compared to ours,” noted McEwen.

So at the end of the day, while it is a fun conspiracy-driven exercise to debate, there really is no conclusive 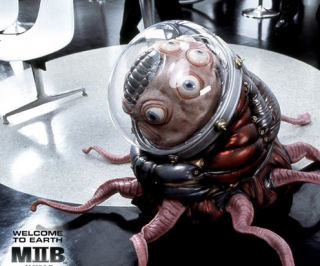 evidence to support the claim that octupus are interplanetary visitors.

Suffice to say, this current research just points to the fact that the Earth is a much more diverse ecosystem then we may have ever imagined -- and that there are yet-still new wonders to explore and learn about every day. Octopus or Octopi -- however you want to call them --  being just one of them!