Night of the Lepus -- This Ain't No Easter Bunny...

If you're a fan of bad horror films, Night of the Lepus better be sitting on the shelf right next to Kingdom of Spiders.  This movie is pure, full-throttle stupid fun.  Why am I posting this on Easter?  Well, let's watch the trailer first; we'll go from there:

Egad!  What is this Lepus thing?  Well, its furry.  It has big eyes.  And it apparently likes eating guys that look like Quint from Jaws: 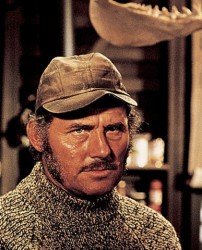 Jeez.  This poor guy can't win on land or sea.

So, what is a Lepus?  According to Dictionary.com:

Okay... so these people are being attacked by a small southern constellation...?  Not seein' it.  What I am seein' is GIANT RABBITS!  Gahhhh!

In my experience, rabbits aren't very scary.  My ex-wife had a mini-lop (named Hazel, after the hero of Watership Down).  All that she did (the rabbit, not my ex-wife... this needs to be clarified due to the next few words) was flop around and poop everywhere.  I must admit that I'm glad that my ex didn't do that.

So, how do you make rabbits scary?  According to Night of the Lepus, you create a serum to keep rabbits from eating up a rancher's property.  But, in excellent B-movie fashion, this serum not only turns the rabbits into giant critters, but also makes them bloodthirsty!  C'mon!  How much more could you want from a movie!?!?!?

It should be an Easter tradition!  Picture the kiddies, after searching throughout the yard for the Golden Egg and sitting down to a fine meal, watching this:

Gah!  Um... wait.  No.  That's kind'a not what Easter is about, is it?  And the concept of the Easter Bunny leading what essentially equates to a biker gang attacking a town is not really the image we want the kids to have during the Easter holiday.

My ex-wife's bunny never did that.  I probably wouldn't be here if she did (the bunny, not the ex... or maybe both... I dunno... somewhat confused on that point...).

To be fair, the movie is very fun.  Its one of those cheezy order pizza and drink a few beers kind'a flicks.

I suspect that if we genetically created massive rabbits in realty, they would be as skittish as the little ones that we have now.  But the cows would be happy because there would be giant rabbit ranches...

Oh, and check out the art for the poster (and the DVD cover). 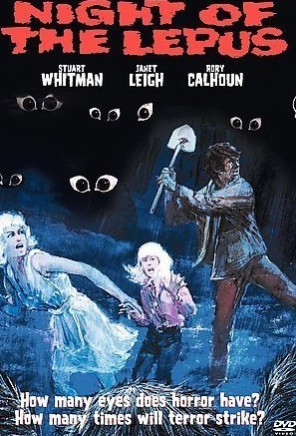 Night of the Lepus

Note that there's nary a rabbit in sight...  Because rabbits don't inspire fear.

Meet Mali: A Canine Hero From The United Kingdom
Comments