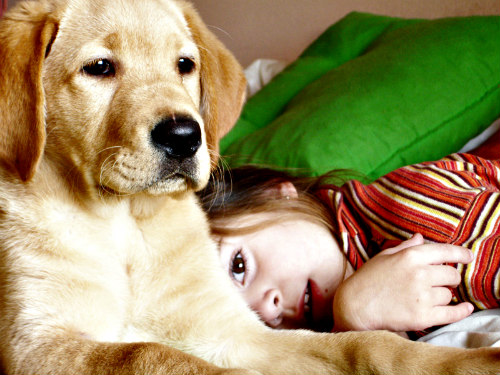 Anyone with pets knows the number of health benefits — both emotional and physical— we as humans enjoy because of them. Just having them around can put a smile on your face and make you forget your cares. They’re there for us when we’re sad or feeling down and even know when we’re under the weather. Now, a new study claims they’re a benefit to kids beyond being their best buds and partners in crime. Apparently, kids who live in homes with a pet dog score far lower on clinical measures for anxiety.

While a small study, focusing on only 643 kids between the ages of 6 and 7, the results seem to confirm what may seem obvious to others. If contact with pets can reduce stress and anxiety in adults, surely it would follow that the same would hold true for kids. The difference is that being raised with dogs as pets might help you to be a calmer, less worrisome adult later on. Interestingly, this conflicts with recent studies claiming a possible connection between increased mental health issues among kids raised around cats. 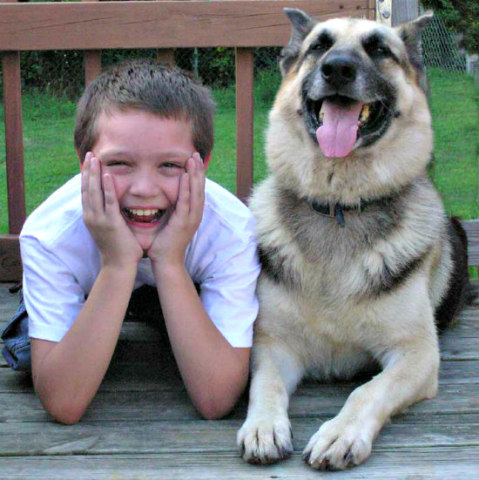 According to the team at Bassett Medical Center in New York, just 12 percent of children with dogs in the household tested positive for clinical anxiety during the research, as opposed to 21 percent of kids without a family dog. The results of the study appeared in the journal Preventing Chronic Disease. In it, Dr. Anne Gadomski and her colleagues noted, "It may be that less anxious children have pet dogs or pet dogs make children less anxious." Other studies indicate interacting with dogs can lower the stress hormone cortisol and release the bonding hormone oxytocin.

The study results also noted that, "From a mental health standpoint, children aged 7 to 8 often ranked pets higher than humans as providers of comfort and self-esteem and as confidants. Animal-assisted therapy with dogs affects children's mental health and developmental disorders by reducing anxiety and arousal or enhancing attachment. Because dogs follow human communicative cues, they may be particularly effective agents for children's emotional development.” 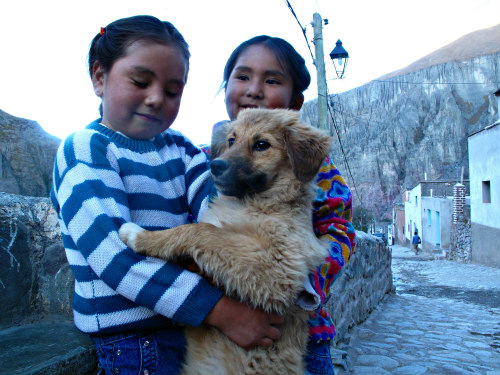 Scientists asked the parents of study participants for specific details concerning what type of anxiety their children exhibited, and pets seemed to benefit them in several areas. The majority of families taking part in the research (73 percent) had a pet of some kind, with most having dogs (58 percent). There are questions of whether or not families with pets may be more stable, but researchers feel there's more to it. They believe dogs can stimulate conversation, having an ice-breaking effect, more or less, which can help alleviate social anxiety via a social catalyst effect.

None of this is entirely surprising. Dogs can benefit us, but pet ownership in general teaches us things. Besides dogs and cats, children that cuddle guinea pigs, hamsters, bunny rabbits and other furry creatures learn sympathy/empathy, responsibility for caring for others, and what it means to be loved unconditionally. Pets also bolster friendships and foster the feeling of never being alone along with encouraging exercise. All in all, you just can’t lose being a pet owner.

Dogs Go To Pubs... Why Not Serve Them?
Comments