New Kittens On The Blocks: The Top 7 LEGO Cats

If you thought LEGO Creator Pet Shop was cool, you haven't seen the pets created with standard LEGO bricks by extraordinary cat-loving folks... until now. 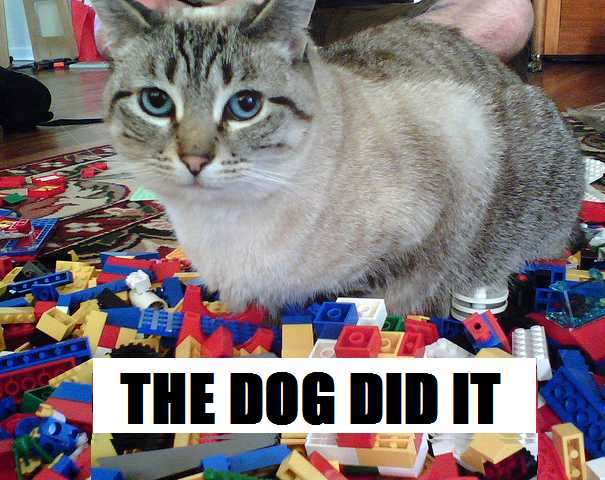 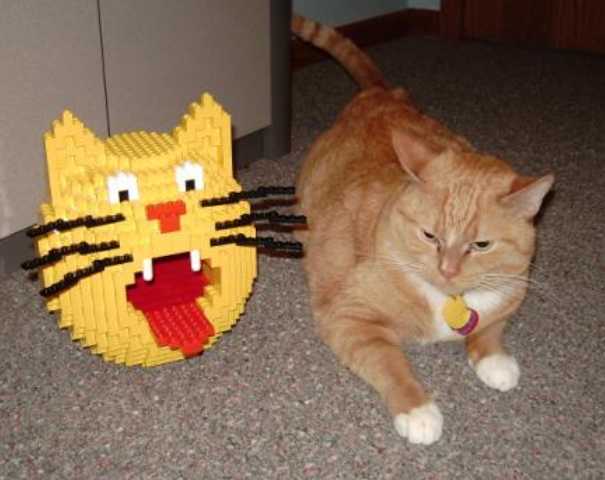 Dave from Brick Player designed and built the awesome LEGO Cat Birdhouse above, which automatically tells you two things: Dave loves cats and hates birds. Dave's cat Simon seems less than impressed with his master's masterpiece, however, which tells you Simon doesn't know it's a birdhouse aka cat feeder yet. (LEGO Cat via Brick Player) 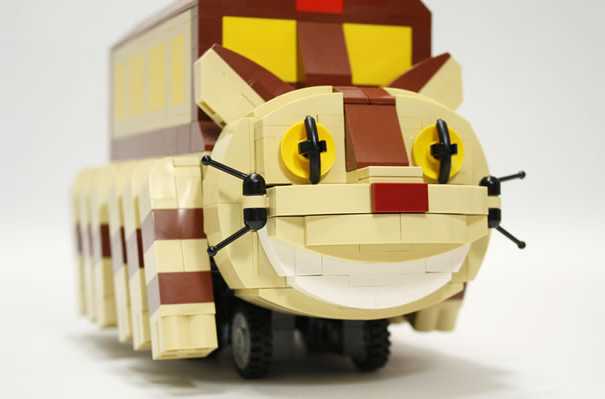 Fans of the Studio Ghibli film “My Neighbor Totoro” will instantly recognize the Catbus in this artful LEGO rendering by LEGOROBO. Only one quibble: it's not life-sized, though that would take a LOT more LEGO not to mention time. (LEGO Cat image via LEGOROBO and Neatorama) 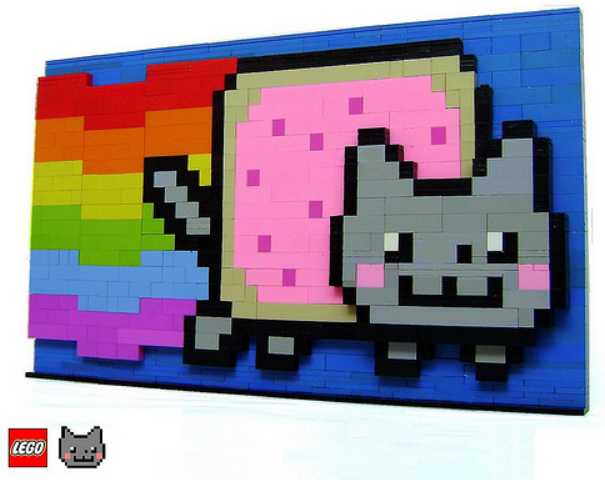 Are Nyan Cat's 15 minutes of internet fame up yet? Yes, yes they are, but the combination of Nyan Cat and LEGO can't help but add a few extra seconds to the shot clock. Bonus: no glasses are required to enjoy Nyan Cat in 3D, unless of course they're beer glasses and they're full. (LEGO Cat image via Joris Blok) 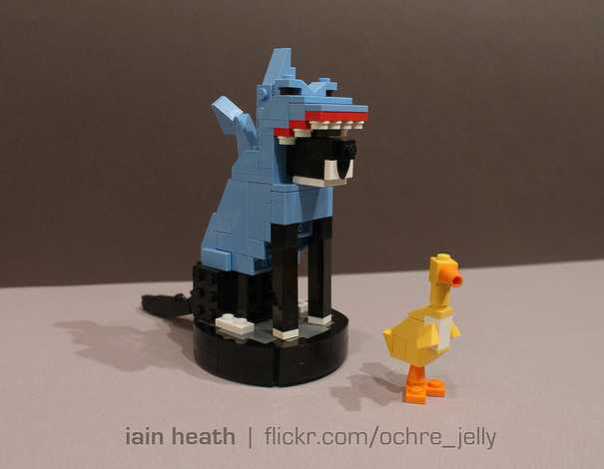 As long as we're on the topic of LEGO-ized memes, here's Max-Arthur the shark-suited iRobot Roomba Cat and his duckling pal immortalized in plastic. Kudos to Iain Heath (Ochre Jelly at Flickr) for this rather 8-bit style homage to Helen Arnold's memorable meme. (LEGO Cat image via Ochre Jelly) 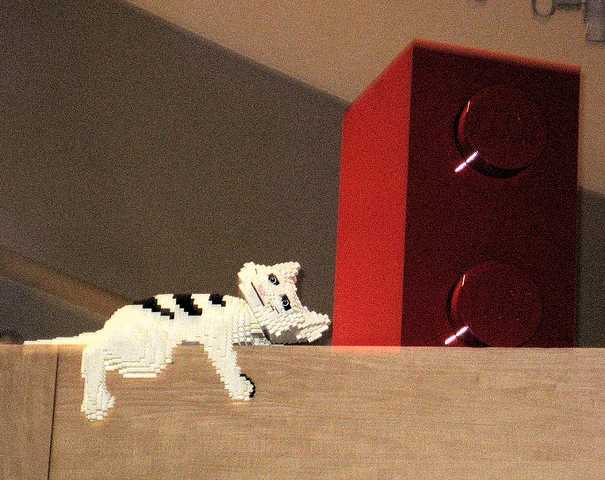 Flickr user Tricia J constructed the chilled-out LEGO cat above, and placed it where it could get some good vibes as well as giving the same to onlookers. One wonders if the cool tunes are the source of this cat's obvious satisfaction, or maybe it's the joy of resting on the world's biggest scratching post. (LEGO Cat image via Tricia J) 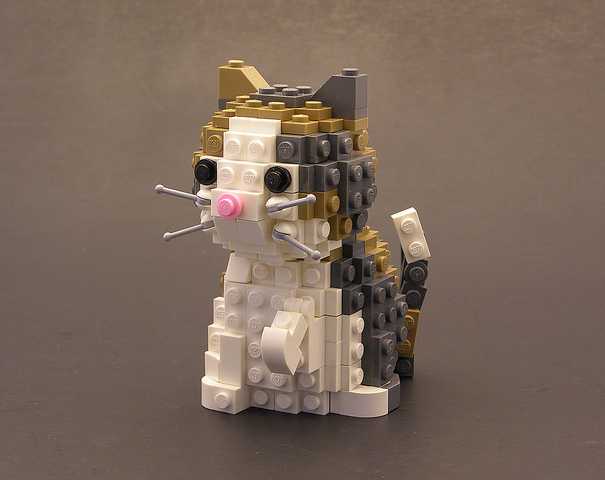 They say Hitler liked dogs, so it's no big stretch to assume Clive Barker's Pinhead character liked cats... and if he owned one, it would probably look something like this. Perhaps he should change his name to Clive Meower. (LEGO Cat image via Tyler) 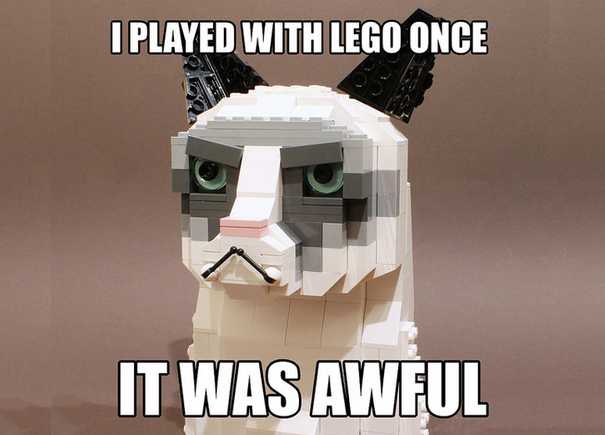 Tardar Sauce, aka Grumpy Cat, to this point has been rendered and re-imagined in just about every way possible except for a botched Spanish fresco (checks internet... DRAT!) so an homage in LEGO bricks is both expected and unsurprising. Credit LEGO artist Iain Heath with yet another masterwork and for capturing the essence of Tard in plastic. (LEGO Cat image via Real genius) 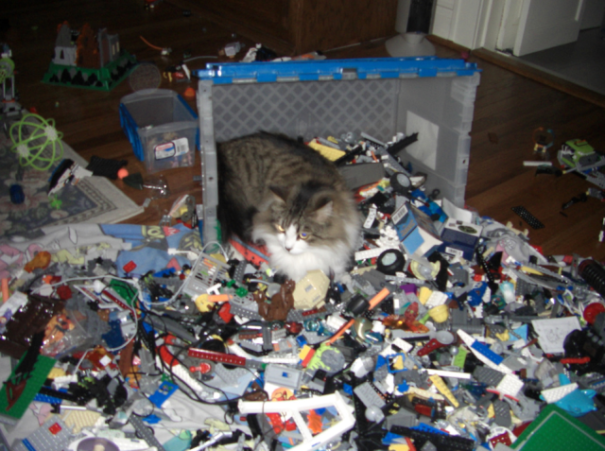 Got LEGO? Got cats? GOOD, as Tardar Sauce might say, but the key to devoting time to the former while attempting not to annoy the latter is to save the box. Ignore this advice and you'll be forced to endure the consequences. (LEGO Cat image at top via Monkeykun and above via McHenry County Blog)