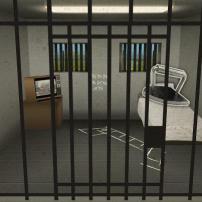 Iron token voted out of Monopoly game after 80 years: image via facebook.com/monopolyIf you're a sentimentalist, you had better go out and get your Monopoly game today. There will be a rush on the game, no doubt, since nearly 10 million people voted to oust the iron game token from the original, 80-year-old, group of Monopoly tokens. The good news is that the iron will be replaced by a cat, not a robot, or a helicopter... not even a guitar. The Scotty dog token is barking with delight!

The cat token won over other tokens Hasbro presented: a robot, helicopter, diamond ring and a guitar. Yes, the cat even won over a diamond ring. Here is her (his?) image, provided by Hasbro... 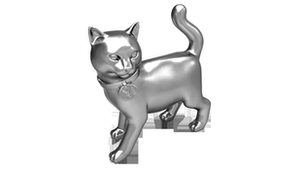 In these two videos, Hasbro announces the Facebook voters' decisions. First, the decision to remove....

Yes, it's a cute video... but losing the iron is still sad.

Now, here you have Hasbro's introduction of Monopoly's newest member to be included in Monopoly sets later this year.


And that's the buzz for today!

Happy Bark Mitzvah! -- Today I am a Dog!