If you've got the former you'll want to follow up with the latter! Kickstarter-funded Shru is an “intelligent cat companion” that interacts and entertains your cat while you're away. 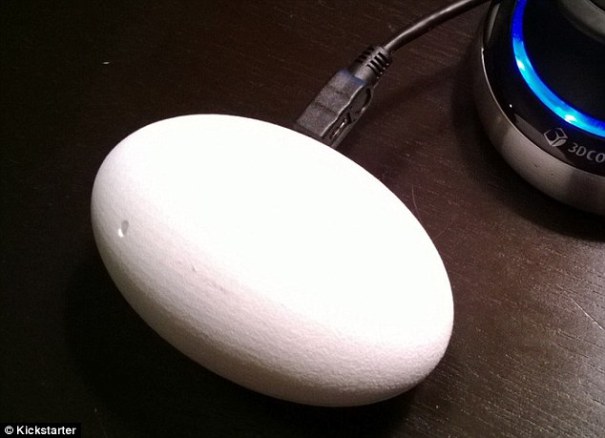 “This is not just another cat toy,” explains project leader Jason O'Mara of Portland, Oregon. “Shru is a cat companion. It mimics and responds like a living animal.”

An unborn animal to be sure, what with its cat-proof and kitty-safe plastic ellipsoid shell, but let's not nitpick. It's what's inside the shell that counts and O'Mara's extensive and ongoing cat-testing is designed to take the concept of cat toys to the next level. 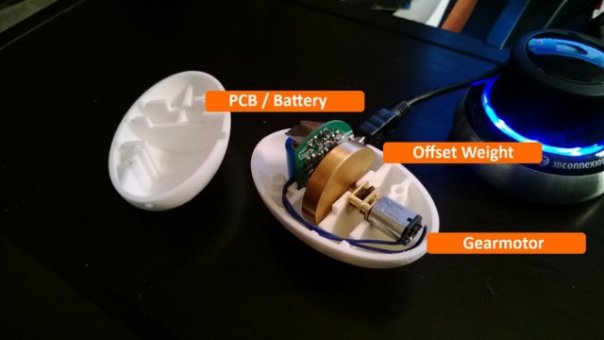 In a nutshell (not to worry, no nuts are included), Shru's main internal components include a gearmotor, an offset weight, a printed circuit board, and a battery. The PCB features an on-board angular sensor that not only adjusts to different types of floors and the presence of obstacles, it also responds to forces applied by curious cats. That's where the “interactive” part comes in – Shru is as unpredictable as the cat who plays with it!

It's this vital unpredictability factor that raises Shru above all other cat toys by retaining the interest of cats who play with it... a historic drawback of current passive cat toys. Cats who try and tap, grab and pounce onto Shru can't help but be intrigued when the egg-like device responds by shaking, chirping and attempting to roll away. 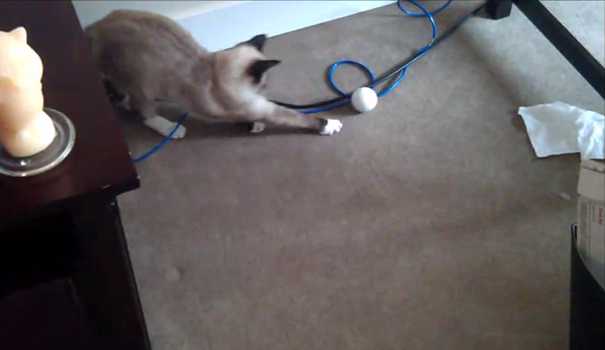 But wait, there's more! Humans annoyed by Shru's “cute” noises have the option of turning off the sound via a USB connection to their computer. The same connection is used to configure Shru's functions in other ways as well as to recharge its battery.

Learn more about the amazing Shru at its Kickstarter page and if you're concerned about Shru not attracting enough funding, don't be: at press time the original funding goal had been exceeded by over 500% with over two weeks still remaining in the funding period. How egg-citing!

Products for Pets
Stuff for Cats
Pet Toys
Design
Gadgets and Electronics
Technology
The Best Cat Scratching Post EVER!
Keep Your Bird Company AND Teach Him To Talk With The "Mimic Me" (w/video)
4 Favorite Puzzle Toys For Pet Rabbits