So your dog fetches sticks, frisbees and tennis balls... sure, it's fun but what do YOU get out of it? One clever pet owner from Chongqing, China trained his two dogs to seek out and fetch trashed plastic bottles, which he then turns in for recycling to the tune of around $160 annually. That'll buy a lot of frisbees. 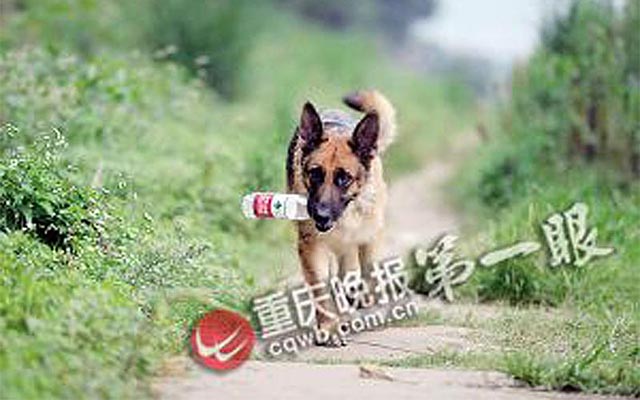 The two Shepherd mixes, named Huanhuan and Jingang, keep owner Jiang Guangliang company on his morning strolls around Chongqing's Binjiang Park. Like most dogs they enjoy exploring the urban environment – nose first – and Jiang discovered a neat way to exploit this attribute for everyone's advantage.

The park's natural beauty is marred by litter, some of which is in the form of plastic water and drink bottles that the city pays a small bounty on when they're recycled. “They are clever enough to distinguish plastic bottles from glass bottles,” according to Jiang's wife Gan Dengxiu, but it's more likely the canines' olfactory prowess helps them sniff out the plastic trash. 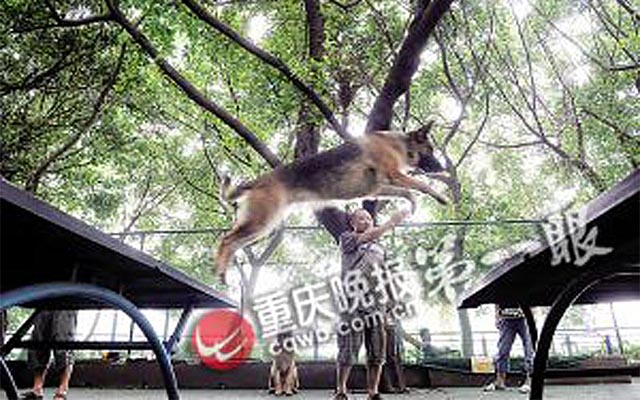 By training his dogs to only uncover plastic bottles and – a critical point – bring them back, Jiang manages to accumulate an impressive number of empty bottles. Over the past couple of years he's managed to return about 1,000 yuan (roughly $160) annually; a nice supplement to the income he makes working at his small stainless steel shop.

That's 200 yuan more than the cost of Huanhuan, who Jiang purchased three years ago. Jingang is now eight months old and as he's the offspring of Huanhuan, perhaps Mom is assisting in his environmental patrol training. 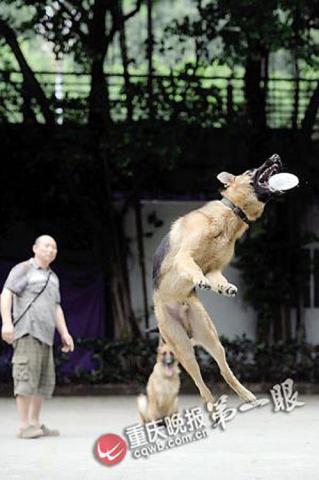 Either way, everyone wins: the dogs get daily stimulation performing their daily search & recovery missions, Jiang gets some extra pocket money, and visitors to Binjiang Park enjoy beautified surroundings. It's nice as well that Jiang's hardworking pets get some time off to play frisbee. (via Shanghaiist and China News)