When Rosie the calico cat vanished from a rural backyard deck in June of 2011, the odds were against her ever returning – Rosie couldn't even call out as a defective voice box wouldn't even let her “meow”. Imagine her owner's surprise, however, as Rosie turned up almost four years later as an adoptable kitty at a shelter a dozen miles away! 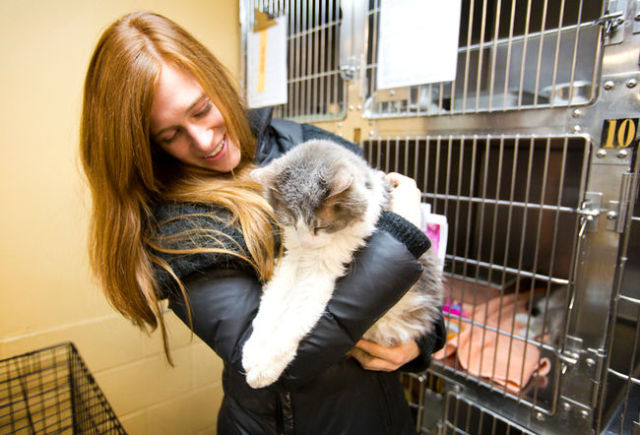 Rebecca Rennie and Rosie had only been together six months when the latter went missing, and as Rennie's parents' home in Fenwick, Ontario was in a rural area Rennie assumed Rosie had an unfortunate encounter with a wild creature. 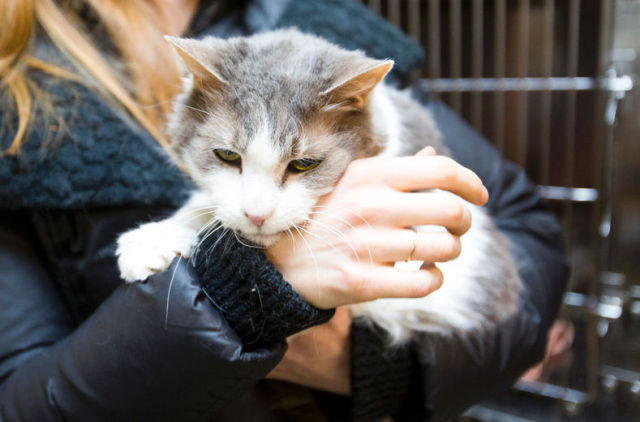 Time passed and Rosie never returned; by early 2015 Rennie had moved on though in the back of her mind she still missed Rosie. Having experienced the pain of losing a pet, Rennie was more than willing to help a friend who'd lost their dog. She began browsing some of the local pet rescue websites in the hope that somebody may have found and turned in her friend's dog. 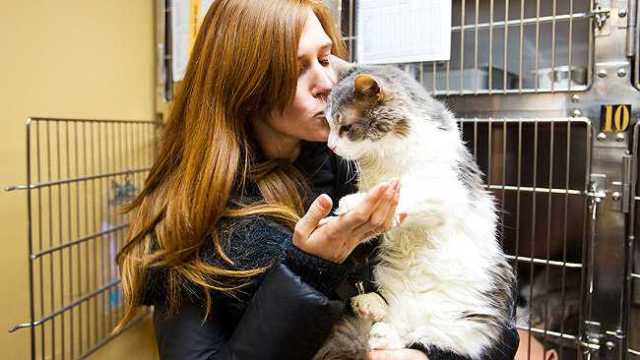 Imagine Rennie's surprise when, while browsing the Lincoln County Humane Society's site, Rennie noticed a cat that looked a lot like Rosie. It couldn't be... or could it? The true test was Rosie's signature “meow”... she didn't have one owing to an old injury to her voice box. Sure enough, Humane Society staff confirmed to Rennie over the phone that “Rosie” was indeed voiceless – but now no longer ownerless.

Just to complete this circle of happiness, Rennie's friend's lost dog was also discovered (at a shelter in Niagara Falls) and was reunited with its owner. All's well that ends well! (via Life With Cats, Julie Jocsak/ St. Catharines Standard/QMI Agency)

No.1 Pet Sitting & Dog Walking App Rover
"All American Pet Photo Day" Is Yet Another National Event To Celebrate Your Favorite Pet
Service Dogs Arrive In El Paso To Comfort First Responders & Victims
Room Service Plus 9, Because "Dog Is A God®"
Comments