Back in 1945 the film The Lost Weekend told the tale of a man (Ray
Milland) on a major alcoholic binge. This month a different take on this
story arose on YouTube. In this case, however, the main character was a
lost tabby cat that managed to find his way into a pet store and the
cat section. There he found his weight in catnip toys -- and his own
inner joy. 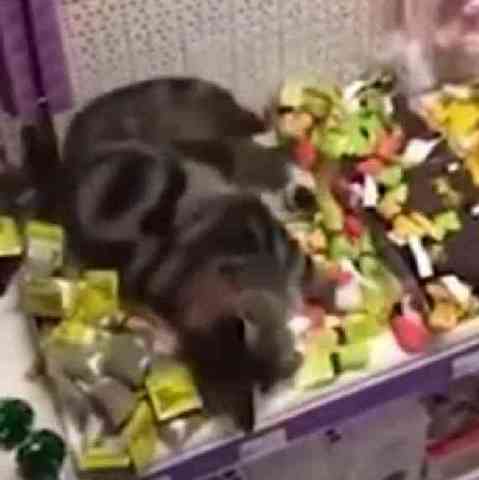 This is not the normal sort of lost cat story. In fact, there may be some question as to whether the cat was really lost at all. He wasn't far from home when he wandered into a Dutch pet store and quickly discovered the aisle with the cat toys. From there it was just a short leap to get into the catnip toys.

It was a kitty dream come true! Enough catnip to last him for all nine lives! It was a bender large enough to rival that in The Lost Weekend. I imagine that he got so high from all that nip that he had both eyes in the same socket before his owner came to pick him up. Check out the video to see if you wouldn't like to be this happy:

Let's hope that this bad boy doesn't pass the word along to the other cats in the neighborhood or that pet store may be inundated with felines looking for their share of weed. Of course, if that did happen, it would be an epic level of cute!

Plants You Can Grow To Please Your Cat
Comments