If you’re going to get a new toy for your doggie, it’s essential to select one that your furry friend would get the most enjoyment and mileage from. While many designer dog toy makers usually focus exclusively on one type of four-legged consumer, (small, medium or large dogs), the creative team at Loopies Toys has everyone covered with stylish, sturdy and fun goodies specially designed for a diversity of play styles and chewing strengths.

Remember Jessie the golden retriever from my last product review? Well, the rugged material of the lanky and colorful Alien Chicklets would be a good fit for her crocodile jaws. On the other hand, my Yorkie, Scribbles, would appreciate the soft and durable Fat Toys. Scribbles thinks she’s a much tougher dog than she really is, and if she had a chance, she’d take on any other animal on the black, but she would be satisfied to take out her fury on that Fat Anteater! With so many thin and soft sections built into the toy for her to pick the Fat Anteater up (nose, legs, tail, hump, etc.), I’m certain that she’d toss it all over my office as she does with all of her favorite toys. If only Loopies made an industrial-strength toy with an electronic sound chip inside, like their Rooster and Mallard Duck, Jessie would have her own dream toy! 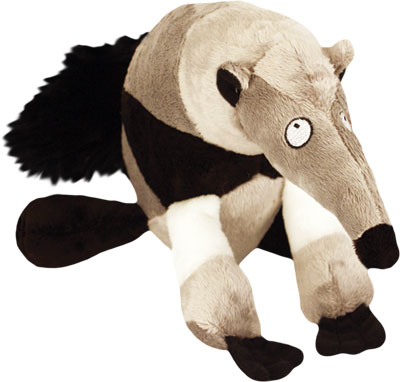 There is such a huge variety of cool stuff that Loopies makes, ranging from chunky, plush Chill Pills, to twisted Loopie Gorillas, Pigs and other animals, it might take you a while to pick out a favorite. Since Loopies has been around for over a decade and has created over 400 different varieties of incredible doggie delights, it is well worth taking your time to pour over their catalog to see which toys would best suit your barking buddy. 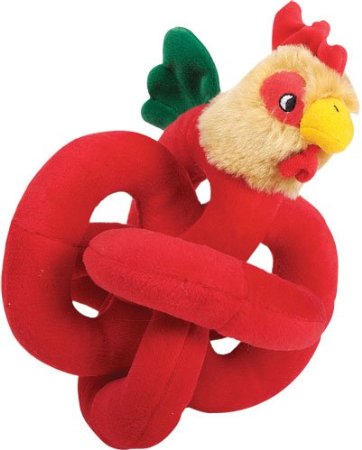 Has your dog gone loopy for Loopies? Share all of the adorable details in the comments below!