The FROG Light LED bicycle light packs a quartet of powerful LED lights to help ensure bike riders are as visible as possible in low-light conditions. 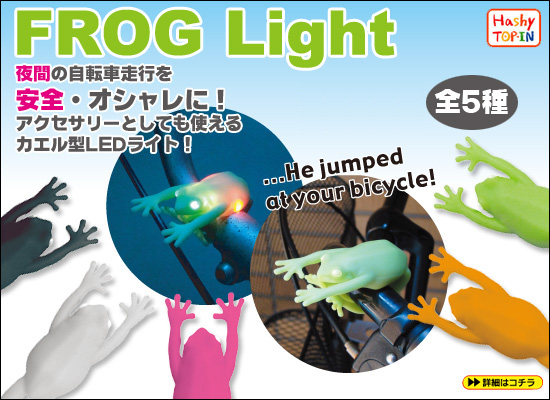 The flexible, battery-powered light is designed to wrap around a bicycle's handlebar but can also be clipped to backpacks and jogger's belts. Designed by Oxygene, the FROG Light takes the established concept of one- and two-LED frog-shaped lights (yes, this IS a thing) and takes it to the next level. 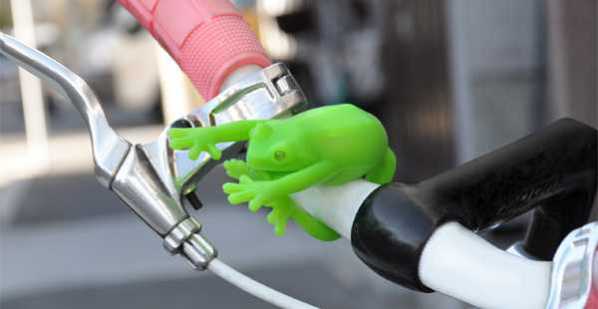 Not only is the FROG Light cuter and, well, more “frog-like” than its competitors, it incorporates four LEDs – two white and two red – which can be arranged to steadily blaze or blink in pairs or in total according to the user's discretion.

The FROG Light comes in a choice of five colors (black, white, green, orange or pink). You'll need two CR2032 button batteries to power the FROG Light; batteries are included but you'll want to stock up as you'll eventually need to replace them.